Missouri Pastor Cuckolds and Murders His Best Friend, Then Delivers His Stirring Eulogy

ABC News has the story of the sweet, sweet love that blossomed between Pastor David Love (pictured right) and Teresa Stone, a woman in his flock at the New Hope Baptist Church in Independence, Missouri.

There was just one little problem: Stone was married to Randy (pictured left), an insurance entrepreneur, with whom she had two kids. He thought she loved him, as he did her. A friend of the husband recalls that “[Randy] worshipped Teresa — she meant everything to him.”

Oh well. The heart wants what the heart wants. So Teresa and her secret beau plotted Randy Stone’s murder — any qualms assuaged by a tidy life-insurance payout that would soon fall into their lovin’ laps.

I guess they weren’t smart enough to try to make it look like an accident or a robbery. One night, the ordained man of God simply entered Randy’s office and shot him dead with the former Marine’s own handgun, which Teresa had given him access to.

Except for Randy Stone’s life, nothing was taken. 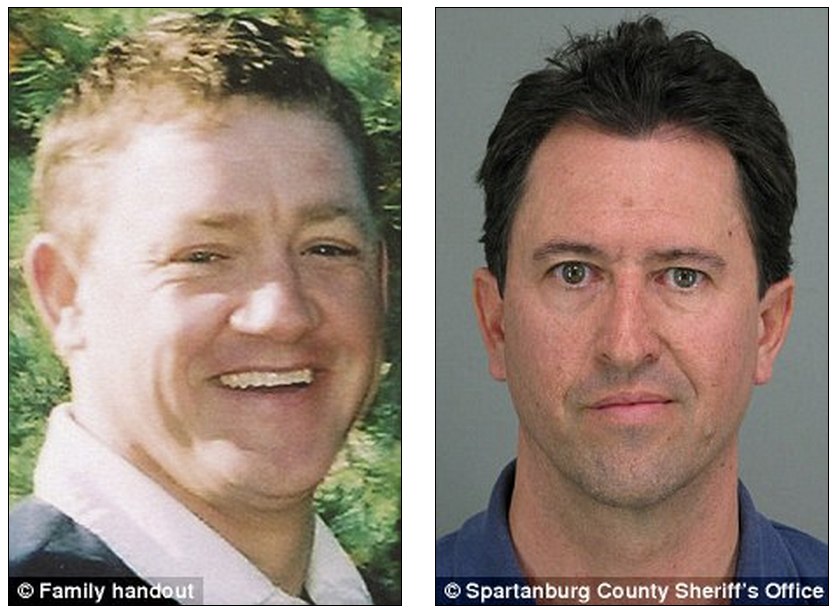 Oh, did I mention that Pastor Love was not just Randy and Teresa’s spiritual advisor, but also Randy’s best friend?

In both of those capacities, Love delivered a stirring eulogy at Randy’s funeral.

There wasn’t a dry eye in the house.

The charade ended soon after police found a handwritten love letter in Teresa’s trash, and began questioning her. The note said, in part,

“Happy Birthday Love. I am not in control of things yet but when we are fully together your birthday will always be exciting.”

It didn’t take the detectives long to determine that the letter had been written by David Love.

At trial, where the truth came out, the deadly couple were sentenced to prison. Love is now serving life (though he’ll be eligible for parole in 2036); Stone, who’d betrayed her lover just as she had her husband of almost two decades, testified against Love, and pleabargained her way to a term of just eight years.

The church has a new pastor that the community has embraced and together they’re hoping to make new memories, no longer defined by Pastor Love’s mistakes.

His mistakes. That’s an interesting way of putting it. Do you think that if an atheist had committed cold-blooded murder, the media would be talking about “mistakes”? Such are the perks of being a God-man.

And remarkably, a God-man is still what Pastor Love claims to be. You see, he’s reinvented himself as prison preacher. He now leads large Bible-study groups, and teaches sinners the finer points of morality.

The Lord, mysterious ways — you know the drill.

October 2, 2013
Unbeknownst To Me, I Was Mentioned in a Commercial for 'Preachers of L.A.'
Next Post