Recently, one of their contributors, Rev. Austin Miles, wrote a piece, got berated by an atheist commenter for a particular phrase he used, then edited the piece to remove it. All of that is perfectly acceptable, as long as you acknowledge you made the change. 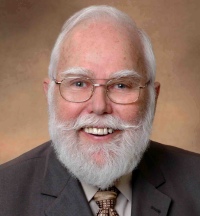 That’s not what Miles did.

He made the edit — denied ever writing it in the first place — and then accused the atheist commenter of making the whole thing up! (Even though we have proof suggesting otherwise.)

Days later, Miles had a different explanation of what happened: Atheists hacked into his computer (and deleted a line from his post… which is devious on the level of Professor Chaos).

He also added that he would no longer be responding to his critics (because that’s how you handle fair criticism).

After bringing all that embarrassment onto himself, it looks like the Christian Post has had enough of him — they have released him from his column-writing duties.

Yesterday I was informed that my standing as a writer for Christian Post (CP) has been terminated. All of my stories were immediately scrubbed from view. Why? The atheists complained. I kid you not. They (CP), based in Washington, D.C. are the voice for the enemies of Christianity, something I began to suspect when they gave the atheists, Communists and homosexual lobbyists full access to attack Christian writers of that site. Even the most vile responses were left up intact.

By immediately scrubbing all my stories, the old Soviet Communistic State methods were employed, to make a disfavored writer a non-person.

Look, the Christian Post wants to be a source for reliable news and responsible commentary, all from their viewpoint. I get that. But most media sites look to foster two-way dialogue. That means allowing comments that criticize the author if warranted, which is really what Miles is talking about. The atheists responding to his pieces weren’t trolls or spammers. They were upset and annoyed by his lack of journalistic integrity and said so in as many words.

Miles has no one to blame for his firing but himself.

(Thanks to Travis for the link)

January 9, 2013
There's Nothing Wrong with Being an Atheist, Congresswoman
Next Post

January 9, 2013 School District Will Allow Giant Picture of Jesus to Remain Hanging in Middle School
Browse Our Archives
What Are Your Thoughts?leave a comment