Is Believing in Hell More Traumatic Than Being Physically Abused? December 31, 2012 Hemant Mehta

Is Believing in Hell More Traumatic Than Being Physically Abused?

The Daily Mail, about six years behind the times, is making a big fuss over something Richard Dawkins wrote in The God Delusion back in 2006: That believing (as a child) that Hell is real and that your non-Christian friends and family members will one day burn in it forever may be worse for you, psychologically, than any physical abuse you might suffer.

That was a controversial claim when the book came out; it was discussed at length at the time and many of his fans didn’t agree. At best, they said, he was comparing apples to oranges. At worst, he was trivializing child abuse.

Still, it’s worth discussing how traumatizing the concept of Hell can be to a child.

Instead of doing that, though, the Daily Mail unhelpfully summarized Dawkins’ argument this way:

Raising your children as Roman Catholics is worse than child abuse, according to militant atheist Richard Dawkins.

Wow. That’s not what he said at all. (And the “militant” bit was just unnecessary. It suggests aggression or violence, and neither word applies to Dawkins.)

There’s a difference between raising a child religious in a cultural sense (which I was and which, I suspect, many people are) and raising a child to believe your faith is correct and everyone who doesn’t believe like you do is hell-bound.

While everyone’s situation is different and not all physical abuse can be “dealt with” as cleanly as Dawkins implies, he had a point about religion possibly instilling a debilitating fear into children.

Miranda Celeste Hale, who was raised as a Catholic, agrees with him. She wrote this back in 2010:

Although I left Catholicism fifteen years ago, on occasion I still catch myself wondering what I need to do in order to rid myself of the guilt, shame, and feeling of dirtiness that, in one form or another, is almost always my companion. I sometimes find myself feeling frustrated: why, I wonder, can’t someone just tell me what penance to do? I obviously no longer think in terms of sin or feel the need to go to the confessional, but the desire for absolution remains, like an itch that cannot be scratched.

Who can deny that this is a form of child abuse? The mere act of writing this is making my hands shake and my stomach churn with anxiety. Fifteen years ago, I made the choice to leave Catholicism, something that, among the family and community I grew up in, just isn’t done. This choice was, without a doubt, the best and most liberating choice that I have ever made. However, I do not have a choice when it comes to the ever-present guilt, shame, and anxiety that resulted from my childhood religious indoctrination, and which, to varying degrees of intensity, will always be with me.

None of this is to say that parents who teach their children the beliefs of their Church are abusers. They’re not trying to hurt their children; they believe they are helping them. It’s about the idea itself, not just those who promote it.

On the Richard Dawkins Foundation for Reason and Science’s Facebook page, a prompt was offered to the public: Share “what fears you faced based on religion… and how those fears influenced your life.” 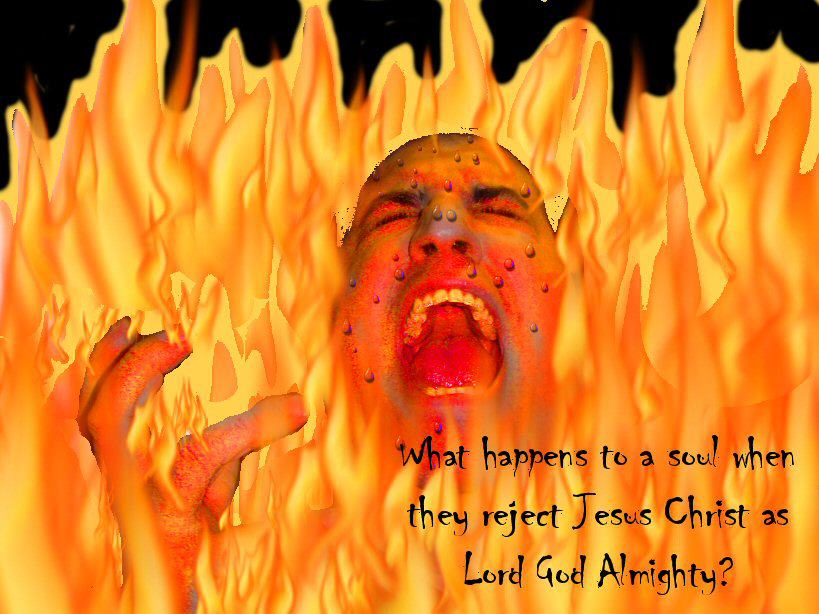 A number of those stories are now republished on Dawkins’ site and are worth reading in full. A couple of them are below. Cue all the trigger warnings:

A woman I used to be very close to was raised in a deeply religious, very harsh, fundamentalist Christian family. Growing up, she was utterly terrified of that one Bible quite that says if you doubt God even for a moment you are doomed to Hell. Of course, tell a brain not to think of pink polar bears, that brain is going to envision pink polar bears. She had an instant of “what if” doubt at a young age and was absolutely traumatized up until she became an adult. She told me when she was a kid she’d lie awake in her room for hours, reading frivolous teen magazines, until exhaustion finally took over and she fell unconscious. This went on for years. This child was abused, without a doubt.

I was forcibly exorcised for being gay at fourteen and told that I am going to hell. eight suicide attempts later and at 40 I am still dealing with the fallout so yes understand completely the little girls fears. hell is a scary place to damage a young mind with.

My older brothers friend committed suicide in high school, I was so so sad for such a long time because I was taught that he was most definitely in hell. It was several years later that I realized it was all nonsense. Why do people teach their children such damaging lies? I will never understand.

Again, none of this implies that child abuse is any less damaging to one’s personal well-being, but it does suggest that we shouldn’t just treat religious beliefs as harmless fairy tales we can just laugh off as we age. In many cases, religion does so much more harm than good.

On a side note, comedian Doug Stanhope, in his typically un-politically-correct way, put the whole debate between psychological abuse and physical abuse in memorable terms (very NSFW language):

With all the horrible, horrible shit that your priest is pumping into your kid’s head, his dick should be the least of your worries, honestly. That’s just a little bit of mouthwash and a few years of therapy’ll get rid of that. That Jesus shit will torture you for a lifetime.