Hate-Preacher: The Catholic Church “Is Nothing but the Whore of Babylon” November 1, 2021 Hemant Mehta

Hate-Preacher: The Catholic Church “Is Nothing but the Whore of Babylon”

Hate-preacher Greg Locke may have been banned from Twitter, but he’s still doing everything he can to brainwash people at his weekly circus tent extravaganza in Mt. Juliet, Tennessee.

Yesterday, he went on a bit of a detour to just trash the Catholic Church. What’s the context? It doesn’t matter. Just remember this is what passes for Christian preaching to the buffoons in the audience.

During a sermon yesterday, hate-preacher Greg Locke said the Roman Catholic Church was "nothing but the Whore of Babylon."

… It’s where the Catholics try to derive their nonsensical nursery rhymes of places like limbo. Of a place where you just kind of go, and you’re literally in purgatory. And people can be baptized or pay conveniently the priest enough money, and you can get out. That is utter nonsense. That is theological heresy. Always has been, always will be.

And you tell the pope, which is nothing but a pimp, that I said so.

Now let me just say and justify why I just called him that.

Because he’s the head of the Great Harlot. And pimps push whores. And the Roman Catholic Church, and this ecumenical movement that is lining up with Islam, is nothing but the Whore of Babylon, and if you don’t like that, there’s a big door at the back of this tent. You can leave as fast as you came in.

I’m not playing with Catholicism! IT IS DEMONIC! It is demonic.

I better keep moving. That wasn’t in the outline. But. But…

Um… Does Locke still think indulgences exist in the Catholic Church? (Even if the practice exists in some form, it’s nothing like bribing priests hundreds of years ago.)

What exactly about Catholicism lines up with Islam?

And most importantly, does Locke seriously think circus tents have doors?

Anyway, I agree that people should leave the Catholic Church. Just not for any of the reasons Locke is whining about. He thinks everyone who doesn’t share his narrow views is heretical and demonic. If you’re leaving Catholicism but walking into Circus Tent Christianity, you’ve made a horrible mistake. 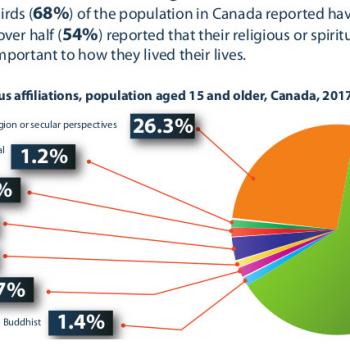 November 1, 2021
A New Report Finds That Religious Affiliation in Canada is at an All-Time Low
Next Post 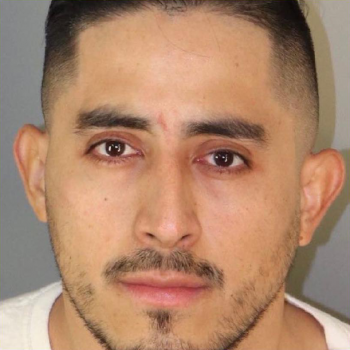 November 1, 2021 "Psychic" Arrested After Charging Victim $50,000 to Foil "Curse"
Browse Our Archives
What Are Your Thoughts?leave a comment