Listen to These Two Horrible Christian Pastors Explain Why They Hit Their Kids September 26, 2021 Hemant Mehta

Over the past week, Pastor Roger Jimenez of Verity Baptist Church in Sacramento, California has been posting videos of himself and his colleagues discussing important Christian matters… like why you should homeschool your kids and why you should have lots of babies.

Not a huge surprise considering Jimenez is a New Independent Fundamentalist Baptist pastor.

His latest video, done with Deacon Oliver Gonzalez (also of Verity), is all about why you should hit your kids. It’s a long defense of spanking, filmed, for presumably aesthetic reasons, in front of Mount Shasta.

Check out the lowlights:

Nothing to see here. Just two fundamentalist Christian pastors bragging about how they hit their kids and why everyone else should do it too.

"If you're spanking your children, and it doesn't hurt, you're not accomplishing anything." pic.twitter.com/xS2N0MIVhk

JIMENEZ:… And I think even a lot of Christians don’t realize that the method that God has given us to discipline our children is a proper spanking… But in our society today, sometimes people hear the word “beat” and they get the wrong idea… When we’re talking about spanking your children, we’re not talking about abuse.

In our church, we often try to train parents on how to properly discipline their children. And, you know, we teach parents that you never want to hit your children with, like, a closed fist. You never want to hit them somewhere where it would be inappropriate, like their face.

God put a section of the body on the children that is an appropriate place to administer spanking. And of course, we’re talking about the bottom. There’s a lot of nerve endings there. And there’s a little extra cushion. And that’s a place where you can administer a spanking in a proper way. And you’re not going to injure the children. Because the goal is to spank the children and to have it hurt. But the goal is to never injure them. We, of course, want the spanking to hurt. If you’re spanking your children, and it doesn’t hurt, you’re not accomplishing anything.

JIMENEZ:… What you and I realize is that our kids are gonna learn the lesson that there are consequences to their action[s]. Either way, they’re either going to learn it from you and I, in our home, in a loving environment, or they’re going to learn it when they grow up, you know, when they’re getting beat down by the cops or getting beat down by whoever…

Sure. That’s why God invented the butt. So your parents have a place to hit you and for literally no other possible reason.

At least these guys admit their goal is to hurt their kids. That’s a useful sound bite right there. They want to “hurt” their kids so they grow up to “obey” their bosses and husbands (and not wives because that would be blasphemy).

They think their kids will grow up to love them for it when, anecdotally, plenty of kids will learn to just say whatever their parents want to hear in order to avoid the abuse. That’s not love. That’s a coping mechanism.

The fact is if you have to justify hurting your kids, explain the differences between “spank” and “beat” and “abuse,” and try to convince strangers that their kids will undoubtedly love them as a result of this, maybe you’re just a horrible parent.

Jimenez, by the way, is perhaps most famous for responding to the Pulse nightclub massacre (in which nearly 50 people were murdered) by telling his congregation that the real tragedy was “that more of them didn’t die.” He also longs for the government to round up all the gay people, “put them up against a firing wall, put a firing squad in front of them, and blow their brains out.”

This guys loves violence in the name of Jesus. It’s no surprise he relishes inflicting pain upon his kids. 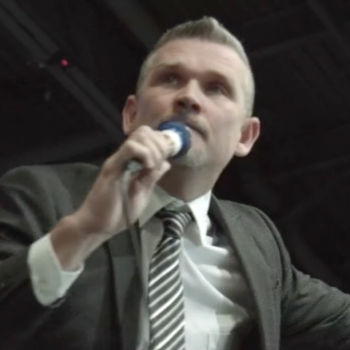 September 26, 2021
Hate-Preacher Tells Right-Wing Crowd They're Being Persecuted: "This Means War!"
Next Post 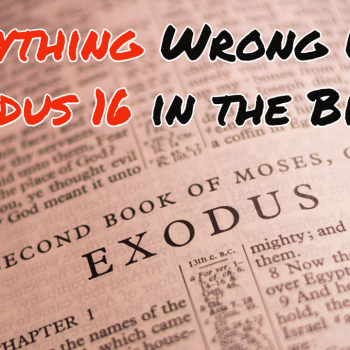