Monica Cole, the one mom at One Million Moms (Twitter count: 4,144), is mad at the Muppets.

The Christian Right group known for constantly complaining about neutral or positive references to LGBTQ people is now angry that a recent episode of Muppet Babies featured Gonzo in a dress.

There might be an interesting discussion to have here if the episode was all about Gonzo cross-dressing or transitioning. But it wasn’t. Of course it wasn’t. Here’s a description of the episode from Monica Cole:

The focus of the entire episode is Gonzo being so disappointed that he has to go as a knight instead of a princess to the ball since he is a boy, and the other muppet babies tell him he can’t wear a fancy dress per the royal handbook. Gonzo really wishes he could wear a princess dress to the ball.

So the rat character on the show tells him he is Gonzo’s Fairy Ratfather and will grant him his wish and give him the perfect dress for the ball. His Fairy Ratfather assures him he will make his outfit so amazing they won’t even know it is him. So they decide to go through with it, and Gonzo is so happy. When Gonzo arrives at the castle, Gonzo introduces himself as Gonzo-rella.

Gonzo states, “But trying something different can be fun!” And his Fairy Ratfather agrees, “Exactly!”. Gonzo decides to share with all the others that Gonzo-rella was really him, and he didn’t tell them because everyone expects him to look a certain way.

“I want to be me,” Gonzo says. When Miss Piggy asks why he didn’t say so, Gonzo says, “Because you all expected me to look a certain way.”

Miss Piggy apologizes, proclaiming, “It wasn’t very nice of us to tell you what to wear to our ball.”

That’s it. That’s the big controversy. And later, Miss Piggy puts on a suit of armor. The moral of the story is that you don’t have to look or dress a certain way. Do what makes you happy. Your real friends will love you for you.

The only question anyone ought to be asking is how these other muppets are so dense that they couldn’t figure out the true identity of “Gonzo-rella.”

This is outrageous that Disney Junior is normalizing gender dysphoria to young children. With such a liberal push in children’s entertainment, it is obvious where Disney Junior stands. Parents who are not already aware of the network’s agenda, please be forewarned now.

Gonzo isn’t suffering from gender dysphoria. Gonzo is a boy. Gonzo also wanted to wear a dress because, screw it, it looked nice. Gonzo doesn’t need to fix his “gender dysphoria” but Monica Cole and her Christian colleagues at the American Family Association need to take some anger management classes.

It’s not just them, either. The right-wing propaganda outlet OAN has been talking about this issue for days now… because nothing else is going on in the world.

It must be nice having so few actual problems that this is what you waste your energy fighting. 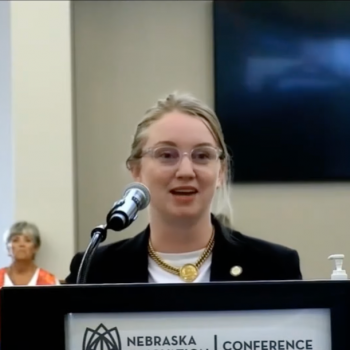 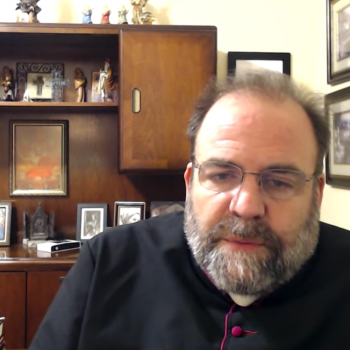