The God’s Not Dead 4 Trailer Is Out and the Franchise Isn’t Even Trying Anymore July 14, 2021 Hemant Mehta

It’s hard to tell what the movie is about, given that 90% of the trailer is all the “America” stock footage the producers could find, legal clichés like “You are out of order!,” and an obligatory cameo from Jeanine Pirro.

But the few seconds of substance suggest the film centers around a battle over public education guidelines that directly impact homeschooling Christian families. While claiming to be a story about “religious freedom,” it’s really about Christian families trying to avoid some bare minimum level of oversight. Just listen to the dramatic music when a social worker visits a homeschooling family to check their “environment,” as if looking out for a child’s best interests is some kind of federal overreach. Given the way Christian legal groups have opposed any kind of checks on homeschooling parents, allowing ignorance and abuse to go unnoticed, that sort of oversight would actually be pretty damn useful.

There’s also an angry Christian parent who says to the main character, “Religion has been removed from our schools. They’re teaching kids that they don’t need God!”… which is not a thing that actually happens. So at least the film series is consistent in spreading misinformation.

All of that seems to culminate in a battle in Congress where David A. R. White — who played the same character in God’s Not Dead: A Light in Darkness — gives a not-exactly-Sorkinesque monologue about how our government is “of the people, by the people, for the people.” (Everyone in the crowd claps and cheers as if they’ve never heard that phrase before.)

Honestly, I’m not even sure who the token atheist is in this movie. Is the franchise even about God anymore? The new film is just a way to milk the title of the first film to sell some other kind of Christian propaganda. White could’ve spent two hours literally beating a dead horse on camera, called it God’s Not Dead: The Horse Gets It, and that film would be less subtle than the one that’s about to be released.

There’s also no self-awareness of how white evangelical Christians have harmed our nation in recent years. I mean, just look at this poster: 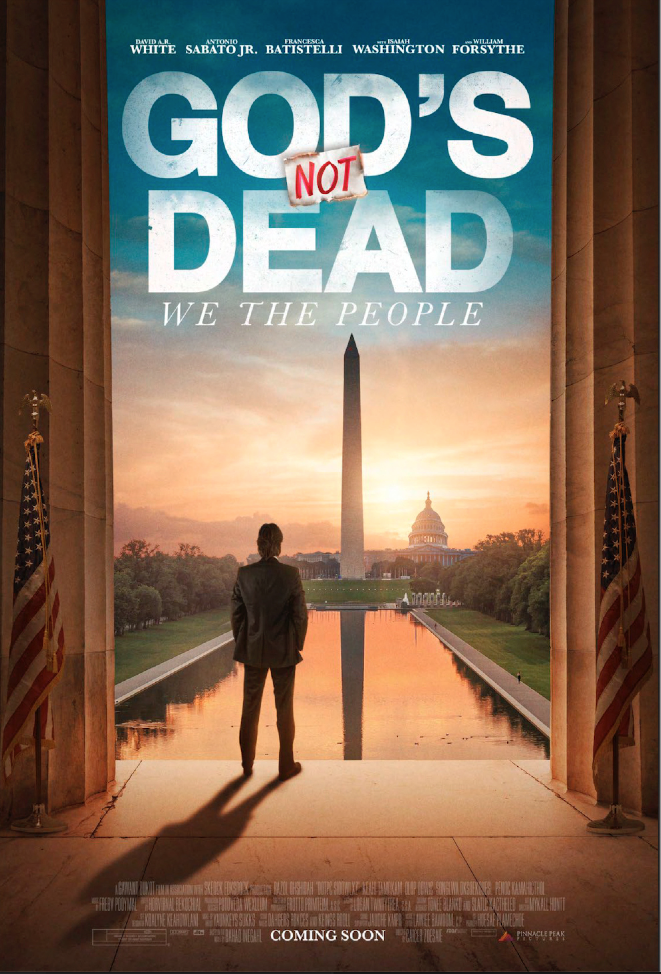 Christian Nationalism helped fuel the January 6 insurrection, yet that image shows a Christian Nationalist looking at Congress with reverence. This film was made for an audience full of the kinds of people who tried to take over that building using violence, and yet White is using his platform to spread more lies about how Christians are victims in our society.

Last December, when White announced the movie for the first time, he said it was loosely inspired by the classic Frank Capra film Mr. Smith Goes to Washington, in which Jimmy Stewart‘s character gets appointed to the Senate, then stages a filibuster for all the right reasons.

But White is no Jimmy Stewart, and Christian persecution in the U.S. still isn’t real.

The only question is how well this movie will do.

Just to recap this history of this franchise, the first God’s Not Dead truly was a phenomenon, making more than $64 million during its run in theaters in 2014. The sequel, which came out in 2016, made over $24 million. That likely covered all the production costs and then some, but it wasn’t a blockbuster by any means.

God’s Not Dead: A Light in Darkness, the third film in the series? It made just over $7 million. Not even close to the other two. (One YouTube commenter who watched the new trailer wrote, “I hated the first two…,” clearly not realizing there even was a third film.)

Another way of analyzing the success of a film is looking at how it did in its opening weekend.

All of that is to say: No one needed a fourth God’s Not Dead film. Considering the decline of the franchise and the struggles in the movie theater business right now, there’s an open question of how badly this film will do. (Someone should start a pool and take bets.)

Whatever the case, the movie will be in theaters sometime this fall, courtesy of the Christian film studio Pinnacle Peak Pictures, formerly known as “Pure Flix Entertainment.” But let’s be honest: You already know everything you need to know about it. 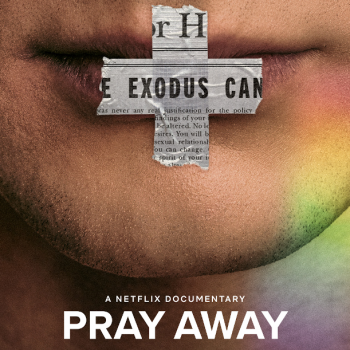 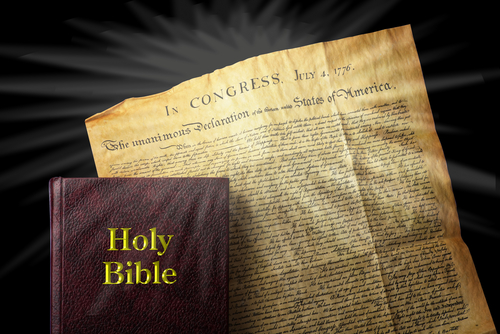