“Modest is Hottest” Isn’t the Lighthearted Song This Christian Thinks It Is June 20, 2021 Beth Stoneburner

Matthew West has had a long successful career in Christian music. He’s released several albums, won many awards, and even written chart-topping songs for popular mainstream artists. All that’s to say he has a lot of pull in the Christian music world.

So on Friday, when he released a new song called “Modest is Hottest,” people were paying attention. At first glance, the song appears to be a parody of purity culture. He even referred to it as a “light-hearted take on an age-old struggle.”

But then you hear the lyrics. And you realize you were wrong. Very wrong.

Dear daughter, it’s me your father
I think it’s time we had a talk
The boys are coming around because your beautiful
And it’s all your mother’s fault

Now I have been trying hard to raise you up right
No drinkin’, no smokin’, no swearin’
But your old man has got a little more advice
When it comes to the clothes that your wearing

Modest Is Hottest
The latest fashion trend is a little more Amish
A little less Kardashian
What the boys really love is a turtleneck and a sensible pair of slacks
Honey, Modest Is Hottest
Sincerely, your Dad
If catching you doing dances on the TikTok
In a crop top
So help me God
You will be grounded til the world stops
I am just kidding…no I’m Not

What the boys really love is a one piece
With a raincoat over that
Honey, Modest is hottest,
Sincerely your Dad

Trust me Modest is Hottest
Sincerely, your Dad

It’s as “light-hearted” as all those creepy images of couples on Prom Night with the girl’s dad in the background holding a rifle.

That song is meant to be encouraging to his (underage) daughters, but it just repeats the same old damaging tropes that blame women (and girls) for the bad behavior of men (and boys). Didn’t we already have this conversation when all those evangelical women spoke out against Purity Culture? All those times Joshua Harris apologized for his infamous book? Is it really that hard to avert your eyes or treat women as people rather than sex objects?

West’s message here is clear: If his daughter dresses like Cardi B, her worth will diminish in his eyes no matter what else she ever accomplishes.

While the song doesn’t directly shame women, it sets the stage for blaming them if they ever get assaulted or raped — things that have happened to women wearing burqas, sweatpants, and all forms of clothing that West would surely deem “modest.”

It’s odd that women are given so much responsibility for male behavior considering Jesus said “If your right eye causes you to stumble, pluck it out.”

Given all the things that rhyme with those last three words, maybe West should consider a song about that.

For what it’s worth, a lot of people (including Christians) are calling West out for perpetuating these harmful ideas:

Hi Matthew, I’ve been asked to parody this song (as part of my song parodying initiative) and turn it into a song about how men need to learn how to control themselves even if the woman isn’t dressed like an Amish widow.

I can’t find the chords, though. Can you send them to me?

“Modest is hottest” didn’t stop grown men from sexually harassing me as a teenager, or from catcalling me in the street, Matthew. Don’t put this on your daughters. It’s not fair.

If my husband sang something like this to our children, it would be the last day he was my husband.

This is very creepy and inapropriate. (I grew up in purity culture and Mennonite adjacent)

Women do not dress (or do anything) for the attention of men.

The idea that your daughters must cover themselves up because they are beautiful is not the compliment you think it is.

How about a song telling boys/men to treat us like humans rather than objects?

Seriously this isn't cute, it's shameful on so many levels but unfortunately evangelicals can't seem to learn from their past mistakes. Purity culture ruined lives, we're not retreading that BS on another generation. #purityculture 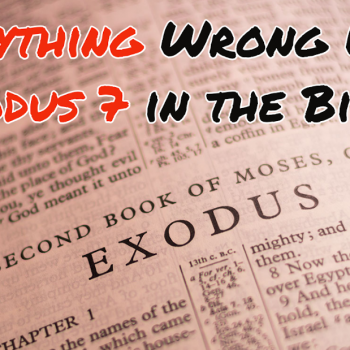 June 19, 2021
Everything Wrong With Exodus 7 in the Bible
Next Post 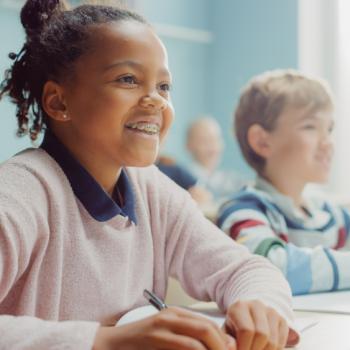 June 20, 2021 The Good and Bad News About Teaching Evolution to U.S. Middle Schoolers
Browse Our Archives
What Are Your Thoughts?leave a comment