For months now, we’ve been talking about the COVID denial of Pastor John MacArthur of Grace Community Church in California. This is the person who openly celebrated the lack of social distancing and face masks in his congregation, once telling a packed house, “the good news is you’re here, you’re not distancing, and you’re not wearing masks.” In August, he falsely claimed, “There is no pandemic.” And then, of course, in October, there was an outbreak at his church. The Los Angeles County Department of Public Health confirmed three cases had been traced back to the ministry. That number soon grew larger. 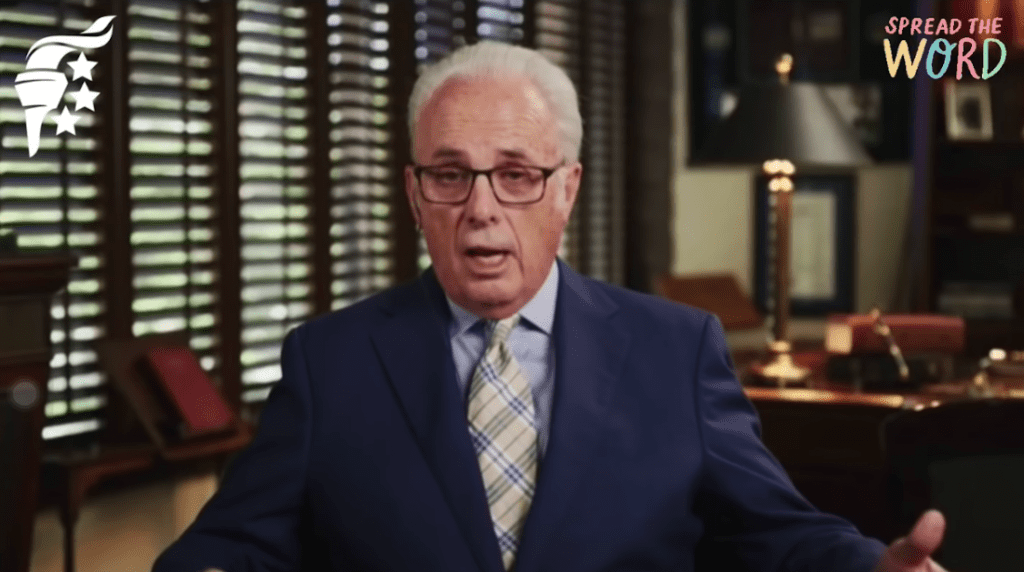 But by December, reporter Julie Roys spoke with a church leader who told her that multiple members of MacArthur’s staff had caught COVID. MacArthur, has not surprisingly denied all of this.

Now that denial is going even further. The church is currently battling the Los Angeles Department of Public Health, which has banned them from meeting indoors and demands that they respect social distancing guidelines if they meet outdoors. This, to MacArthur, amounts to Christian Persecution rather than life-saving measures… so he’s fighting it in court.

The county even submitted Roys’ recent article about COVID infesting church leaders as evidence for why their demands need to be taken seriously. So late last week, MacArthur submitted a legal rebuttal to all that. MacArthur rejects all the dots that Roys connected before going on to explain his religious arguments against wearing face masks. (As if Jesus had a specific rule against protecting yourself from an airborne virus.)

You have to read how he’s justifying this because it’s completely bonkers.

This rationale [for why people should wear masks] is pressed on people’s consciences regardless of whether it can be proved statistically that masks really safeguard anyone from the virus, and irrespective of the fact that masks can cause other medical problems. But COVID masks have become, in effect, secularism’s substitute for religious vestments. No one can reasonably deny that face coverings have become the chief symbol of popular culture’s sanctimonious devotion to the secular credo.

Jesus. H. Christ. This man won’t rest unless the pile of dead bodies he’s responsible for gets larger.

MacArthur’s argument is seriously that face masks amount to forced acceptance of a secular religion — which isn’t true — because there’s no evidence of them being useful — which is also not true. There’s AMPLE EVIDENCE pointing to masks being useful.

He also says that the Bible requires face-to-face worship, so making people wear masks at a crowded indoor church service — which is really the least they could do since they’re all foolish enough to worship in person right now — would be unjust.

Covering the face is a symbol of disgrace or shame… Concealing one’s mouth while praising God suppresses the visible expression of worship. The Psalms’ calls to worship are filled with the words “tongue,” “lips,” and “mouth”… Wholehearted worship cannot be sung as intended –unrestrained and unmuted — from behind a state-mandated face covering.

The irony of that claim is that if MacArthur live-streamed his services, everyone could sing and worship safely without masks… and yet he’s preventing them from doing that by guilt-tripping them into coming into the physical building. It’s also a remarkable self-own to suggest God won’t accept praise or understand anyone’s prayers if they’re wearing a mask. He’s All-Powerful and All-Knowing… but cloth on your face is apparently God’s Kryptonite.

No judge should be taking any of this seriously. Plenty of Christians have found ways to worship during the pandemic; it’s not ideal, but they dealt with it. We’ve all had to deal with it. But because a lot of people — especially white evangelicals — have refused to take even basic precautions without whining like babies, the pandemic has lasted far longer than it ever needed to, and more people have died because of evangelical negligence.

MacArthur’s followers may not realize they belong to a death cult, but the world outside their bubble ought to recognize this for what it is. All you have to do is see what MacArthur is saying to understand how ignorant and selfish he is — and how little he cares about the health and well-being of anyone else. 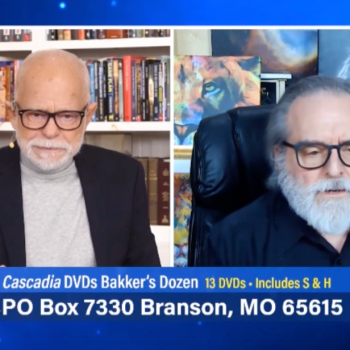 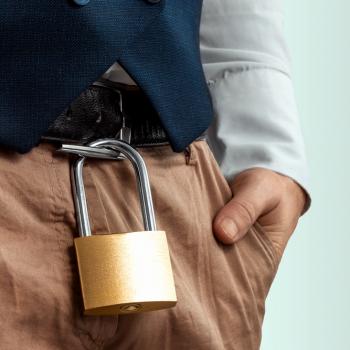 April 7, 2021 This Short Film About the Harm of Evangelical "Purity Culture" is Worth Watching
Browse Our Archives
What Are Your Thoughts?leave a comment