Atheists Will No Longer Have to Swear an Oath to God in Order to Vote in Alabama April 7, 2021 Hemant Mehta

After filing a lawsuit, atheists in Alabama have successfully eliminated a religious test for voting.

Here’s the backstory: Until recently, if you wanted to register to vote in Alabama, you had to read and sign a declaration that included a religious reference: 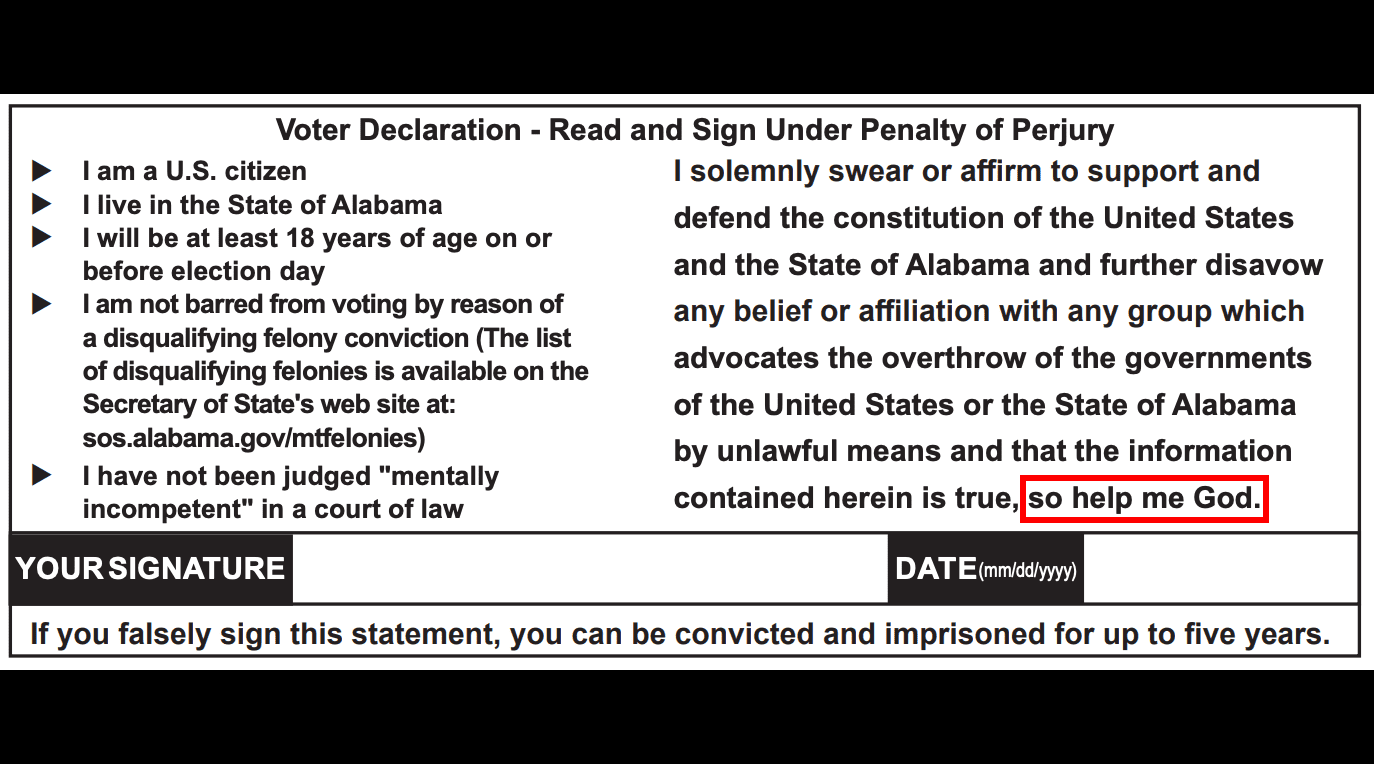 I solemnly swear or affirm to support and defend the constitution of the United States and the State of Alabama and further disavow any belief or affiliation with any group which advocates the overthrow of the governments of the United States or the State of Alabama by unlawful means and that the information contained herein is true, so help me God.

Some people may just ignore that, but let’s be clear: That’s a religious reference that has no business on any kind of voter registration form, much less in a declaration every person needs to sign in order to gain a right they already have.

It’s not just innocuous either. If you sign that statement without actually agreeing with what it says, it’s perjury. That form even says that anyone who “falsely” signs the statement could be “convicted and imprisoned for up to five years.” That means Alabama atheists who don’t want to swear an oath to God are technically committing a crime by doing what they must in order to vote. Whether or not they would be prosecuted for it is besides the point.

Last November, atheist Randal Cragun wanted to register to vote. But he couldn’t honestly sign that declaration. So he contacted the office of the Secretary of State and asked for advice. They told him he had no alternatives: Sign the form or don’t vote. He was also told, “If you cross out a portion [of the oath], the board of registrars in your county will reject the application and ask you to re-submit.”

The Freedom From Religion Foundation sent a letter to state officials on Cragun’s behalf, but they were told the same thing. There was no remedy. Unless lawmakers passed a bill to change the oath — good luck with that — nothing would change.

So on behalf of Cragun and three other atheists in similar situations, FFRF filed a federal lawsuit against the state in October. They said in the complaint:

The Secretary of State and the State of Alabama are coercing a statement of belief in a monotheistic deity by requiring nontheists to swear “so help me God” in order to register to vote.

All of this could be remedied, they said, if Alabama either gave atheists the exact same form without the religious wording or removed the unnecessary words from the oath altogether.

Alabama fixed it a different way. The new version of the voter registration form includes a box that anyone can check off if they have a “sincerely held belief” that prevents them from agreeing to the words “so help me God.” 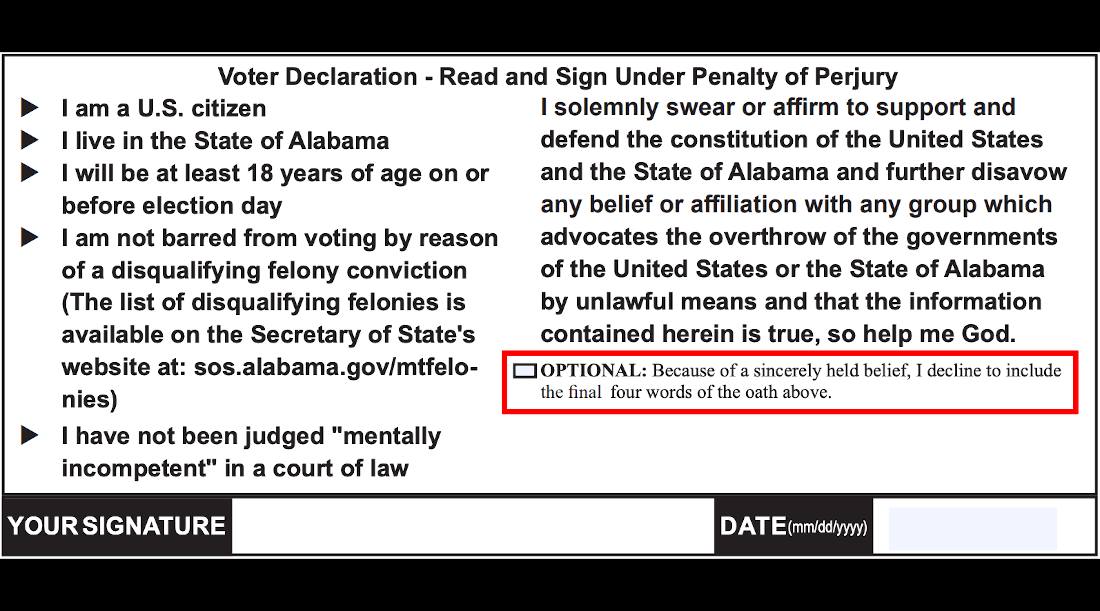 An emergency motion to allow that option went into effect shortly after the last election, but now the checkbox will be on all future forms. It’s not as good as changing the oath itself, but it at least fixes the legal problems.

FFRF has voluntarily dismissed its own lawsuit as a result.

FFRF’s plaintiffs Chris Nelson and Heather Coleman (who are married) were able to register using the new form in March. Both of their registrations were accepted by the Shelby County registrars. “We are glad that the state has — at least, begrudgingly — made some concessions to support state-church separation, and that freethinkers in Alabama will continue to push for these reforms,” they say.

The other plaintiffs have expressed their appreciation for not being forced to pose as religious in order to exercise such a basic right.

“Because of this suit, I will finally be able to register to vote in Alabama,” says Cragun. “It is disappointing that the state prevented me from voting in the 2020 elections, but I am looking forward to participating in the future, and I now have a better appreciation of the value my voice and other individual voices contribute to shaping the state.”

Adds co-plaintiff Robert Corker, “I am proud to have been a part of this effort to secularize voting in the state of Alabama. I relish more opportunities to foster inclusiveness for nonbelievers in this state.”

It’s the right result for a battle that we shouldn’t have had to fight at all. It’s absurd that atheists have to do all this work in order to get the state of Alabama to do the bare minimum. But even in a state that elects Christian Nationalists across the board, officials there have an obligation to keep the government secular. 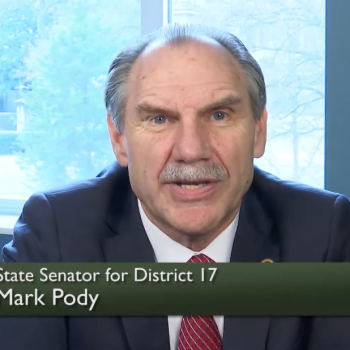