During a “special prophetic update” on Wednesday, Pastor Kent Christmas (I know, I know…), whose name will not leave the screen in the video below, delivered a series of prayers that involved curing cancer and praying against the “spirit that has stolen the election.”

It’s what you’d expect from a professional Christian liar. But one prayer revealed a lot about the moral bankruptcy of his faith (around the 14:16 mark):

I command the spirit of homosexuality to leave thy children…

Besides that not being a thing he can do, what’s the point? Most Christians love to say that useless phrase about how they “love the sinner, hate the sin,” suggesting that they’re fine with gay people but not gay acts. Christmas is making it clear the people are the problem.

The good news is that his magic Jesus spell won’t have any effect. But still, it’s ridiculous that anyone takes Christians seriously when this is the sort of bigoted bullshit they’re spewing during livestreams. 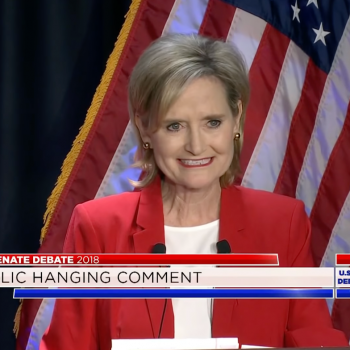