A couple of days ago, YouTuber Owen Morgan, who goes by the name Telltale, posted some disturbing audio from his daughter’s public school health class in West Virginia. (A more recent modified version of it is below.)

The teacher told the middle school students that they shouldn’t have sex until marriage because the Bible said so, that people who didn’t believe in God worried her, that she injected religion into the classroom whenever she could, and that God would help them “make better decisions” about how to handle their hormones.

First of all, a tip of the hat to the student who had the wherewithal to record the lesson, knowing the teacher would say some messed up stuff.

Morgan informed the Freedom From Religion Foundation about the incident and they sprang into action, sending this letter to the superintendent of the Cabell County Schools.

The teacher reportedly also said that she doesn’t “believe in” same sex relationships. When teaching students about hormonal changes during puberty, she remarked:

“The thing is you have to choose, what are you going to do with those feelings and thoughts? And if you’re brought up with morals and values, then God’s going to be there to help you make better decisions.”

“Because this teacher has admitted that she is aware of, and yet unwilling to follow, the law, which prohibits religious indoctrination in the classroom, she has admitted that she is not fit to be a public school teacher,” writes FFRF Staff Attorney Chris Line. “She understood the law and deliberately violated it, imposing her religion on other people’s children in the process.”

“This health teacher’s religious screed is both shockingly unlawful and ethically impermissible,” comments FFRF Co-President Annie Laurie Gaylor. “The district must protect its students from this coercion and scorn.”

It’s appalling behavior from any teacher, much less a health teacher who, more than most other staffers, should be better equipped to focus on science and facts instead of church bullshit and the Bible.

How long has she been speaking this way without getting caught?

Last night, Morgan told me he appreciated FFRF’s swift action to help him navigate through this. He considered going public on his own, but he wasn’t trying to create a problem for his daughter or invite harassment upon the teacher in question. He just wanted this problem dealt with — and hopefully this letter forces the district to remind staffers that Christian indoctrination has no place inside the workplace.

If educators can’t deal with that, they should find jobs in churches instead of places where kids deserve better. 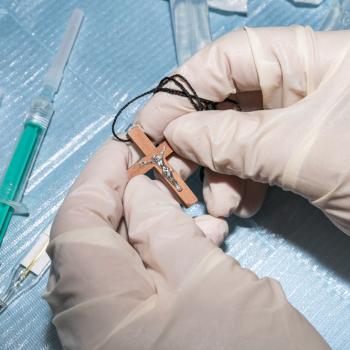 March 15, 2021
These Religious Leaders Are Encouraging Their Congregations to Get Vaccinated
Next Post 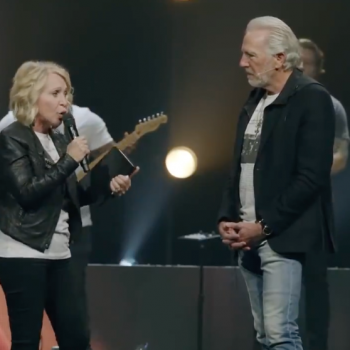 March 16, 2021 Death Cult Pastor's Wife: Face Masks Are Meant to "Shut the Mouth of Christians"
Browse Our Archives
What Are Your Thoughts?leave a comment