These Christians All Predicted Trump’s Second Term. God Must Have Lied to Them. January 20, 2021 Hemant Mehta

These Christians All Predicted Trump’s Second Term. God Must Have Lied to Them.

Over the past year or so, a number of Christian pundits, televangelists, and self-proclaimed “prophets” have said with absolute certainty that Donald Trump would win a second term in office. These were many of the same people who said, also with absolute certainty, that God placed Trump in power to save the nation and carry out His Plan.

Today seems like a perfect day to point out they were wrong.

And that their God-given assurances were fraudulent.

And that they’re liars who often get away with it because they preach to gullible people.

Kyle Mantyla at Right Wing Watch compiled a series of clips documenting those assurances that can now officially be declared false. (To be clear: They were false two months ago, too, but today works.)

It’s a reminder that no one should trust anyone who claims to have a direct line to God.

This video features a variety of preachers who made one or two predictions:

And here’s Christian Right activist and conspiracy theorist Mark Taylor, the subject of the Liberty University-connected film The Trump Prophecy:

Either they were all lying about getting a message from God, or God’s Plan involves making them look like absolute idiots. 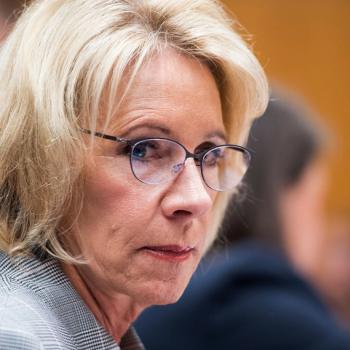