Back in 2015, a supposed miracle occurred in Dalton, Georgia.

A group of Christians who regularly met in the city’s Wink Theatre discovered that their prayer room was dripping with oil. A year later they found the same oil coming out of a Bible owned by church member Jerry Pearce. They never claimed the oil was magical — the kind that could heal you — but they believed it was a sign from God.

Pearce began traveling around the country with his magical Bible, as noted by Wyatt Massey of the Chattanooga Times Free Press:

Some 400 gallons of oil later, and thousands of miles traveled, the group is drawing diverse crowds from across the country. Oil plays a prominent role in several Bible stories to anoint believers and care for the sick.

While the gatherings are to see the Bible, the book is serving as a way to bring people to the Christian faith, said Johnny Taylor, one of the organizers.

The city of Dalton became something of a tourist destination for Christians, too. When visitors would stop by a church service, Pearce would remove the oily Bible from its container so that he could touch people’s foreheads with it or use it in baptisms. Despite the church leaders saying the oil contained no supernatural powers, at least one person claimed (without evidence) that it cured her cancer.

The oil kept dripping — to the point where Pearce was giving away vials of it to visitors.

They estimate around 80% of the people who come to the regular Dalton services are new visitors. They estimate they handed out around 350,000 free vials of oil from the more than 400 gallons the book has produced.

Normally, this is where these kinds of stories end. Local newspapers never test the oil. They never question it. They just print what the Christians tell them, as if the oil must be magical. It’s infuriating.

But not this time.

As it turns out, the day after the Times Free Press published that story, the reporter got an unusual tip.

The next day, someone contacted the newspaper saying Pearce was a regular customer at the Tractor Supply store in Dalton. The person said Pearce often bought large amounts of mineral oil — a clear oil similar in appearance to the oil Pearce claims is coming from his Bible.

Holy shit. All they would need to do is analyze the mineral oil sold at the store and compare it to one of the vials of biblical oil Pearce was giving away…

AND THAT’S EXACTLY WHAT THEY DID!

The Times Free Press then paid for a series of chemical analyses by the University of Tennessee at Chattanooga, comparing samples of the oil Pearce hands out with the chemical structure of mineral oil and comparing Pearce’s oil with the Ideal brand mineral oil sold at Tractor Supply.

The tests found Pearce’s oil is petroleum-derived and the results “strongly suggest that the oil sample is mineral oil,” according to the analysis. The second test, comparing the chemical composition of Pearce’s oil to the product sold at Tractor Supply, found a nearly exact match.

Confronted with those results, Pearce denied everything. Of course he did. Christians these days aren’t known for telling the truth.

Pearce said the managers at Tractor Supply are lying. He and Taylor repeated they do not have to defend their work, something they said in November.

“Everything we do is in the light,” Taylor said. “I don’t know how we could defend it other than it just comes up out of the Bible.”

That was in December.

Pearce and his team have since posted this update on their website:

The Bible has not produced any oil since January 10th of this new year. The flow has paused before, even for a week or so, and is not always consistent, but at this point it has been almost a month and has not restarted. After today, February 4, 2020, we will not be able to distribute oil. If the oil resumes its flow, we will resume distribution.

Massey, the journalist, writes that Pearce and Co. haven’t talked about this during the church’s weekly gatherings “or when speaking to the Times Free Press nearly two weeks later.”

But after last night’s service, the church has canceled all future gatherings in Dalton. Or as they put it, “We are taking a short break from the prayer meetings to rest, pray and seek the Lord as to which direction we feel He is leading us at this time.”

It’s remarkable that a newspaper reported on a local Christian “miracle” and had the good sense to follow up on evidence that it was all a giant scam. Seriously, go subscribe to the paper as a sign of appreciation.

If only everyone could be this skeptical about Christians’ claims of “miracles.” They’re always a hoax. It’s just a matter of figuring out how. 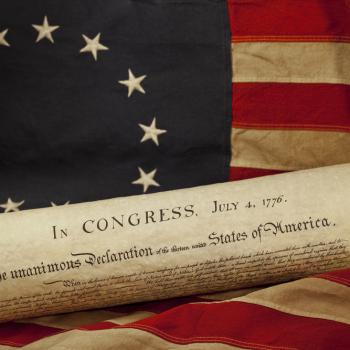 February 13, 2020
Iowa GOP Lawmaker Pushes Bill to Stick "Endowed By Their Creator" in All Schools
Next Post