Lesbian Gets Nasty Letter from MS Pastor, Kicking Her Out of His Baptist Church August 17, 2019 Hemant Mehta

Lesbian Gets Nasty Letter from MS Pastor, Kicking Her Out of His Baptist Church

Mary Catherine Trollinger met her partner Olivia Jennings in, of all places, the conservative Baptist church they belonged to in Mississippi. Trollinger was the college director there.

Their same-sex relationship wasn’t permitted at Gracewood Baptist Church, so when they were told to leave, that’s what they did. They had no plans to return. The decision cost them a church community. Trollinger’s mom also kicked her out of their house. She said the exclusion resulted in a “deep depression for a few months.” The couple eventually found a more accepting church community in a different city.

But this week, Trollinger received a formal letter in the mail saying her membership in the church had officially been revoked. It was as if the church refused to let her walk away without getting in one last word.

It’s been about a year now since you left your church family to live an unbiblical lifestyle with Olivia Jennings. At the outset, I kindly, but firmly reminded both of you that a homosexual relationship is forbidden in Scripture and against God’s original design. For a professing Christian to live openly and unremorsefully in sin is degrading to the name of Christ, defiling to his/her church family, and destructive to himself/herself. I told you that the church could not allow you to live in unrepentant disobedience without addressing it. We love you too much to neglect you.

I had hoped that you would repent. However, after numerous attempts by family, church members, and friends to convince you of your error, you have remained resistant. In fact, you entered into a “marriage” contract with Olivia on Father’s Day, no less. Therefore, on July 14, 2019 the deacon body unanimously recommended that your membership at Gracewood Baptist Church be terminated. With much sadness, the church held a special business meeting on August 7, 2019 and voted without objection to end your membership.

Upon your request and evidence of repentance and reformation, however, you may be restored to full fellowship at Gracewood by the vote of the body. As the Father rejoices over one “lost sheep” being found, we will celebrate your “homecoming.” We will pray and wait expectantly.

Did Baker think she would get this letter and think, “Oh, good! They’ll still have me back! I can’t wait to return”? Because Trollinger’s actual response was “ok whatever. Going to a better church now.”

Her partner summarized the exchange perfectly:

“It’s one thing if you send out a letter that’s generic, just a template, but it’s another thing to personalize the letter. In that sense, all the things that were said it wasn’t out of love, it was more out of spite,” said Olivia Trollinger.

This letter is just another sign of why no one in their right mind should join a conservative Christian church. The leaders promote hate under the guise of love, while demonizing people who are proud and happy for not being miserable bigots like themselves.

At least the response to Trollinger’s Facebook post are overwhelmingly supportive. That’s more than we can say about the members of her former church.

And if anyone is in Southaven tomorrow, there’s apparently an “LGBTQ rave” outside Gracewood in response to the church’s bigotry. The Trollingers have nothing to do with it.

(Thanks to Elena for the link) 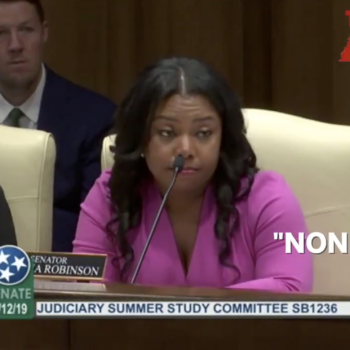 August 17, 2019
TN Lawmaker Gets Anti-Abortion Preacher to Admit He Doesn't See Women as Equals
Next Post 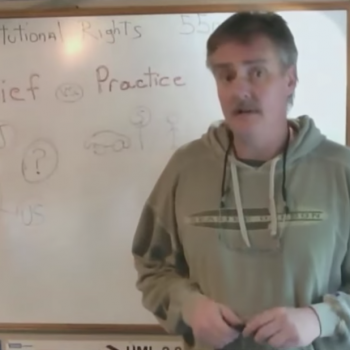 August 17, 2019 Mistrial Declared in Case of Anti-Abortion Christian Who Refuses to Pay Taxes
Browse Our Archives
What Are Your Thoughts?leave a comment