Nuns and “Nones” Are Living Together in This Unusual Program June 3, 2019 Beth Stoneburner

Nuns and “Nones” Are Living Together in This Unusual Program

Are you a progressive Millennial looking for a roommate?

How about some Catholic nuns?

Unusual as it sounds, that pairing is part of a new project called Nuns and Nones, in which non-religious Millennials move into convents. (Yes, really.)

The idea was spearheaded by Adam Horowitz, a 32-year-old Jewish man, and the pilot program was guided by Judy Carle, a 79-year-old Catholic Sister of Mercy in the Bay Area. Mr. Horowitz and his friends heard the call after a road trip to visit intentional communities. They were brainstorming ways they could live radical activist lives, lives of total devotion to their causes. They were trying to figure out who was already doing this, and when Mr. Horowitz talked to a minister, it came to him. The answer was nuns.

“These are radical, badass women who have lived lives devoted to social justice,” said Ms. Bradley. “And we can learn from them.”

No doubt it’s an unusual situation for both sides. But what the two groups lack in a shared religion, they make up for with a mutual passion for social justice.

Regarding controversial issues like marriage equality and abortion, there is only “dialogue.” Perhaps that means they choose to avoid the topics and discuss broader concepts of love and life. Progressive may also argue that some vague “dialogue” suggests the Millennials involved in the project aren’t bothered enough by the Catholic Church’s stance on those issues to openly criticize their new roommates’ beliefs.

This unusual living situation also helps the nuns afford their convents, as the vocation becomes less and less popular.

Interestingly, even the non-religious Millennials involved in the project long for the kind of rituals that the Catholic Church offers. Because some of them are Jewish, they engaged the nuns in ecumenical activities:

The millennials worked their normal jobs during the day, but in the evenings and on weekends the group had a slew of activities. They joined for convent feasts and Easter vigil. They had their feet washed on Holy Thursday. They studied the prophets. They invited the sisters over for Shabbat dinner.

That these young progressives — working as community organizers, artists and social workers — are finding answers in the Catholic Church is a surprise to them, as well. Many of the young people say they view convent culture as an almost separate, rebel force, hardly related to the Catholic Church at all — though of course it is an integral part of the church.

This living situation is obviously not for everyone. It’s tailored to the kind of “Nones” who aren’t atheist or agnostic or more critical of bad religious ideas. That said, if the result is finding common ground with strangers in a world where that seems to be getting rarer, more power to the participants. 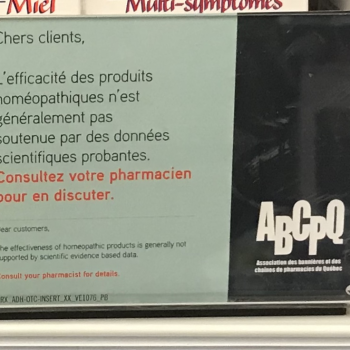 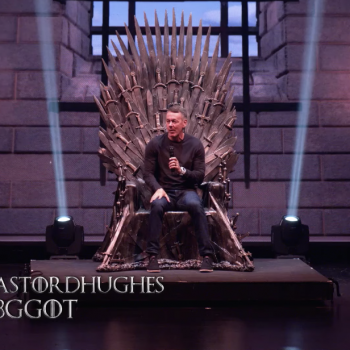