Under Jewish law, on the Sabbath (Friday night to Saturday night), you’re not supposed to carry any of your possessions between private domains and public domains. You can’t carry things from inside your house to outside of it.

But what if you want to take your baby to synagogue? Or you need to move your car out of the driveway, but it requires taking your keys outside? You can’t do it. Jewish law forbids it.

But Orthodox Jews figured out a loophole. All they have to do is turn a “public” domain into a larger “private” one and problem solved! They accomplish this by creating what’s known as an eruv (AY-roov).

An eruv is essentially a gated community built using poles and string. You put up the poles all around a city, connect them with a string, and you’ve created a brand new giant private domain. Orthodox Jews can roam and carry items freely within that space, even on the Sabbath! 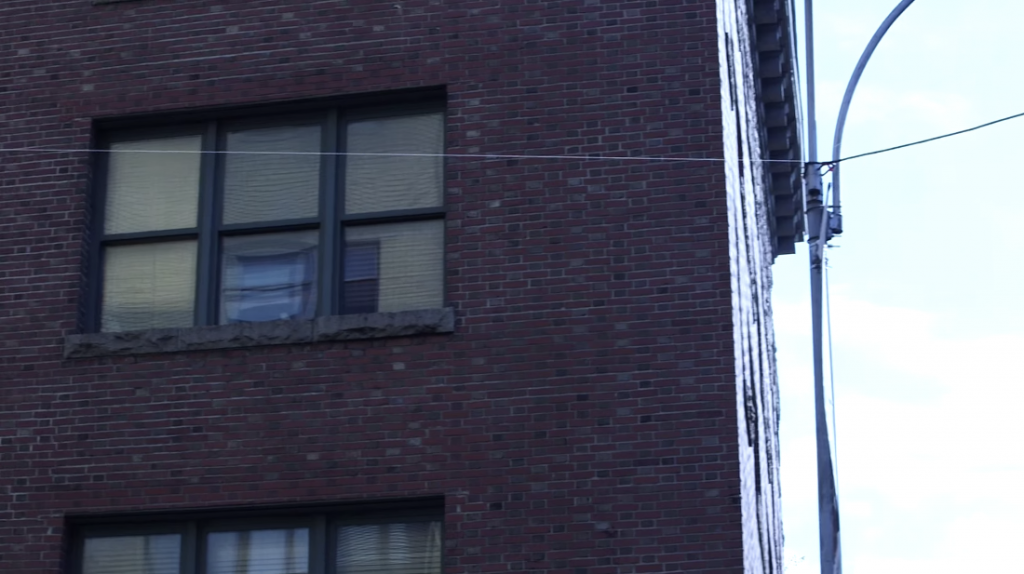 Manhattan has one of the largest permanent eruvs in the country, costing an estimated $150,000 a year to maintain.

If you want to see what a “harmless” religious delusion looks like when put into practice, this may be the best example. One religious group is willing to waste money and time in order to keep a giant, purely symbolic blockade of string around the city so that they can walk inside of it without angering the wrath of their personal God.

Every Thursday before dawn, a rabbi drives the perimeter checking to see if wind or a fallen branch has broken the line. There are usually a few breaks so a construction company is called and the rabbi gets in a cherry picker with fishing line in hand to repair the eruv. That’s the part that costs so much.

Does it hurt people? No. Most people don’t even know it’s there. Is it a problem? It can be if the city ever covers the costs or allows Orthodox Jews a special privilege to mess with utility poles that other people don’t have. But more than anything, it’s just a silly example of superstitious thinking taken way too far to the point where people are afraid to leave the house unless they believe they’re within the boundaries of a piece of string.

If Orthodox Jews want to take the Sabbath seriously, they shouldn’t have to work this hard to create a theologic loophole.

(Screenshot via YouTube. Portions of this article were published earlier. Thanks to Scott for the link)