A former pastor who left religion and founded a “church” for atheists was forced to resign his position as executive director of the group after a member accused him of sexual harassment. 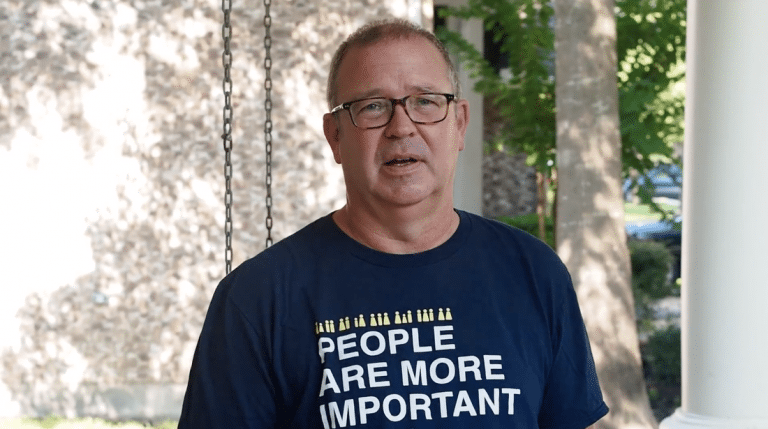 Mike Aus first announced he was an atheist in 2012, on live TV, during an interview on MSNBC’s Up with Chris Hayes. Later that year, he said he was starting an atheist “church” in Texas. The group, dubbed Houston Oasis, made a big splash in the media and brought in speakers from all over the country (including me).

While Aus and the group drifted away from using the word “church,” instead calling Houston Oasis a “secular community” that happens to meet on Sunday mornings, it seems they weren’t entirely above the kinds of scandals that often plague places of worship. That became clear this month when Aus was ousted following an investigation into sexual harassment claims.

Here is the official statement the board recently released to all the Houston Oasis community members (but have not released publicly):

Sexual harassment is prohibited by Houston Oasis in its Code of Conduct, which can be found on our public website.

The Board of Directors of Houston Oasis is committed to the core values of our organization and upholding the Code of Conduct. Houston Oasis must always be a safe community free of sexual harassment.

The Board will begin the search for a new Executive Director who embodies our shared values and can effectively lead the organization.

Eric Anderson, the President of the board of Houston Oasis, told me the decision was based on a complaint they received recently, and that he encouraged Aus to “get professional help.”

While the details of the allegation (including the person who made it) have not been made public, it appears that the group took quick, decisive action when faced with the complaint. This wasn’t a violation of the law, as they’ll tell you, but it was a violation of their code of conduct. That was enough for them to spring into action.

It took all of two days between receiving the report and Aus no longer running the group.

Anderson told me in a phone interview that Houston Oasis has every intention of holding its leaders accountable.

That said, there was a previous allegation against Aus prior to Anderson’s time on the board. Details about that complaint have been revealed by Josh Mitchell, a former member who posted an exposé on YouTube just this week.

As Mitchell shows, the board at that time investigated the “allegation of misconduct” but found “no evidence of any wrongdoing.” Mitchell, who was a part of the group for six years, is critical of the board’s actions in 2014, as well as of a perceived lack of financial transparency.

I can’t speak to the actions of the board then, but we can see what they’re doing now. This time, the complaint was investigated to the best of the board’s ability and taken seriously enough that Aus is no longer their director.

Incidentally, all of this happened just months after another atheist group in the community, the Humanists of Houston, removed their president Vic Wang from the board, citing “an abuse of power, a deliberate form of intimidation, and a form of sexual misconduct.”

June 21, 2018
An Alberta Lawsuit Could "Out" Gay-Straight Alliance Members Against Their Will
Next Post 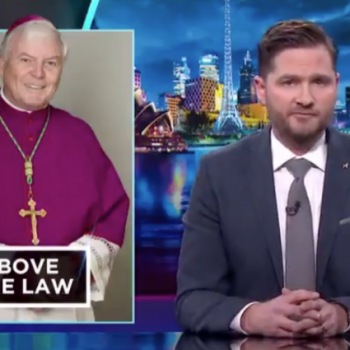 June 21, 2018 Australian TV Host Slams Catholic Bishop Who Plans to Defy Anti-Child Abuse Law
Browse Our Archives
What Are Your Thoughts?leave a comment