Christian “Prophetess”: Jesus Lives in a Mansion and Loves Dancing and Desserts

Just days after Kat Kerr, the self-proclaimed Christian “Prophetess,” told an audience that she’s seen Jesus and He’s six feet tall and “very handsome,” she’s back with more details about her friendship with her Savior.

This speech, just like the last one, was given at the Heaven’s Invitation 2018 conference.

Around the 23:30 mark, you hear Kerr talk about what Jesus’ mansion looks like:

… Jesus Christ doesn’t live in the throne room all the time. He actually has His own mansion. He deserves it. He had to come and live as a man and put up with all that, right? He died for us, so I think He deserves His own place. He has a magnificent mansion that’s in the biggest field of flowers that all sing. They sing all the time. And I mean they have faces and they sing and they’re beautiful. And I’ve seen inside of the mansion.

… It’s a big place where there’s tables labeled with all kinds of desserts… Every dessert you’d ever want because Jesus likes sweets. And there’s dancing there all of the time. And He plans special parties when someone comes home. He will actually send someone in His Golden Chariot with an invitation to that individual which is given by one of His angels — his personal angels — and they will read off of this beautiful scroll that they are going to be the guest to honor. The honored guest at a party thrown by Jesus Christ…

… He loves flowers, dancing, and sweets. That’s His three favorite things, besides us.

You can almost see her making it all up as she goes along, with the audience still gasping at every revelation. They believe this.

By the way, with about four minutes left in the video, Kerr says Jesus gives everyone pizza and ice cream. (No one has allergies in Heaven, so there’s no issue there.) The slices are huge. The scoops are huge. But don’t worry because “there’s no weight gain, nothing.”

Then they all dance because Heaven is just a child birthday party that never ends. 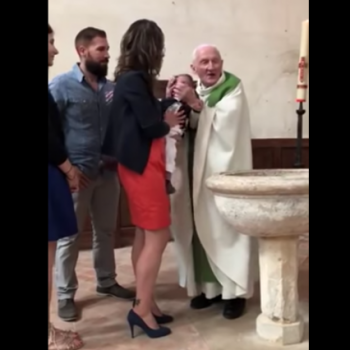 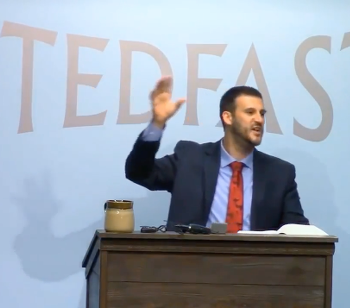