The city of Belen in New Mexico just adopted a new flag with a very blatant “Star of Bethlehem” on it. 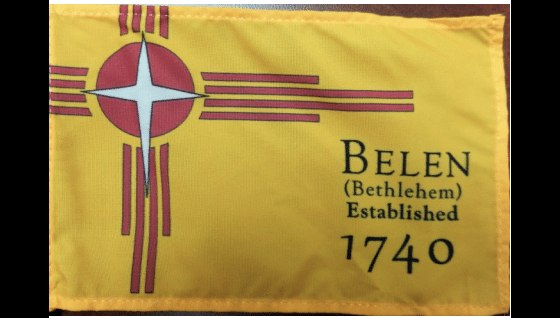 One city councilman didn’t even hide the fact that this was a promotion of religion:

The city councilor who helped design the flag says the star of Bethlehem is featured in the middle of the Zia symbol. It was approved as the city’s official flag this week.

“I love that because it just establishes our faith and a representation of hope,” said George Balderrama after seeing a sketch of the city’s new flag. “This is again a representation, I think, by this city to just make a statement that they choose to let God be the God of their city.”

When you’re breaking the law, you really shouldn’t brag about your motivation…

The Freedom From Religion Foundation, which had a skirmish with this city in 2015 over a Nativity scene on public property, is already raising concern over this flag’s design:

And any claims of historical or cultural significance to the “Star of Bethlehem” on the city flag because of the connection to “Bethlehem” (Belen is a Spanish translation of Bethlehem) do not relieve the city of its constitutional obligations, FFRF underscores.

“The city of Belen is not only thumbing its nose at the Constitution,” says FFRF Co-President Annie Laurie Gaylor, “it is also expressing disdain at the way this country’s demographics are rapidly changing for the better.”

The Nativity scene is still in place today and odds are the flag isn’t going to change either. It would take someone who lives in the city willing to fight a legal battle with FFRF’s help before a lawsuit could be filed successfully. But the pieces seem like they’re all in place. FFRF has warned the city about the constitutional problems multiple times, only to see their concerns ignored.

That means the city is only a plaintiff away from losing a hell of a lot of money. 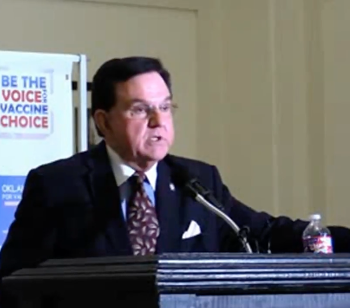 May 13, 2018
OK Lawmaker Who Backed Ten Commandments Monument Lied About His Military Service
Next Post