With the death of the brilliant theoretical physicist Stephen Hawking, you knew there would be religious people eager to use the tragedy to promote their own beliefs. What’s surprising is that it’s not just random trolls doing it.

Texas State Rep. Briscoe Cain offered his condolences, but not before one final jab at Hawking’s life.

Stephen Hawking now knows the truth about how the universe was actually made.
My condolences to his family.

He didn’t take it back when a local reporter asked about it, either, insisting that his goal was to remind everybody about eternal hellfire.

Asked about the etiquette of trolling the recently deceased, Cain told the American-Statesman, “I am sympathetic for his family’s loss. Losing a loved one is difficult for everyone. My prayers are with them.”

But, Cain continued, “While many see him as one of the greatest public intellectuals of the last century, and no one disputes that he was brilliant, the fact remains that God exists. My tweet was to show the gravity of the Gospel and what happens when we die, namely, that we all will one day meet the Creator of the universe face to face.”

He’s not alone. Here’s a sampling of what some religious people were saying:

May he now have answered the question of why it is that we and the universe exist.

May he now know the mind of God.

Good news: Stephen Hawking is no longer an atheist!

Bad news: it’s too late for him to repent of his blasphemy against His Creator and seek God’s mercy!

Just saw the news that Stephen Hawking died. This is sad because now he will meet the God he denied. It is sad because he will spend eternity without God. And it is sad because there are millions more just like him that need Jesus. Let this spur us on to share the gospel.

Right now Stephen Hawking is meeting God and is sadly becoming aware of how little he actually knew. #StephenHawking pic.twitter.com/rcHvTL83xq

Stephen Hawking has died and if you are Muslim do not say RIP. This man has deny Allah and his creation and believed in the aliens. He is in the worst position right now for he is a loser in the hereafter. Do not displease Allah by saying RIP to atheist and the worst of mankind.

Stephen Hawking died. Now he gets to meet the God he so often denied.

It’s a sad day. A brilliant mind discovered how wrong he was about many things. Stephen Hawking is no longer an atheist.

Stephen Hawking is burning in Hell. Funny, his final thoughts were that he was going to enter eternal darkness. But when he woke up, he found himself before the Lord, his soul judged by him to be tortured for all eternity in the realm of Satan. pic.twitter.com/5lbPVAn0o7

Sadly, Stephen Hawking is now burning in a fiery hell according to his own testimony.

John 3:16-17
For God so loved the world, that he gave his only begotten Son, that whosoever believeth in him should not perish, but have everlasting life.
~BIBLE

Let’s call this the Stephen Hawking Number: It’s the amount of time between your death and how quickly religious people have to tell people on social media that you’re burning in Hell.

May we all live as Hawking did and strive to make that number as small as possible. 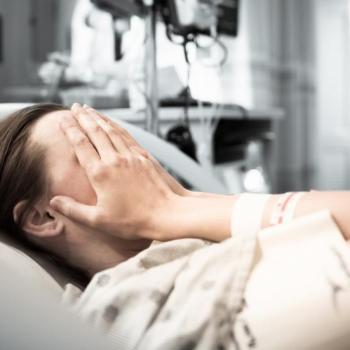 March 14, 2018
The Prosperity Gospel Is About More Than Money; It Sends a Dangerous Message
Next Post 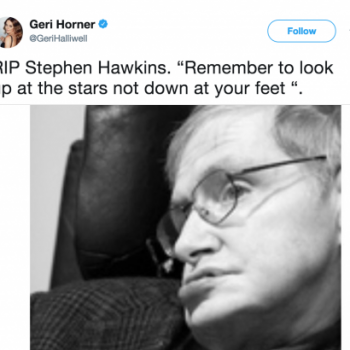