Ask Richard: My Girlfriend is a Creationist; Is There Hope for Our Relationship? November 7, 2017 Richard Wade

Ask Richard: My Girlfriend is a Creationist; Is There Hope for Our Relationship? 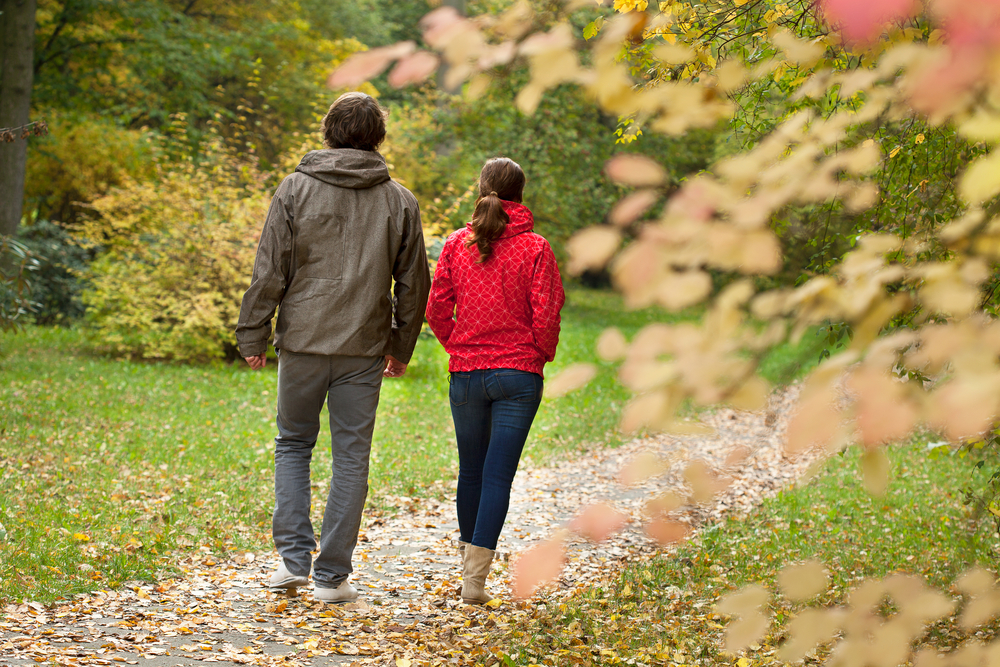 Note: Anonymous letter writers are given a pseudonym to facilitate discussion by commenters.

I have been dating a girl for almost a year and a half and I’ve had a crush on her for long before we started dating. Our relationship was almost as if it were a story from the movies coming true. This girl that I care about very much and love, however, is a die-hard Young Earth Creationist who has visited the Creation Museum and owns books by Ken Ham. She also believes that if she prays, then genealogically, she is cured from all diseases and such.

Now, I am from a family of physicians, microbiologists, and neurologists, and I love science. My stances on these topics are some of the most deeply-rooted things in me, so as you could probably see, this is a huge problem. There is absolutely no chance that I will even consider raising my children with those abusive beliefs, and I don’t think she will budge on her end either. I do not know how to handle this because I care for her very much and hate to see her afflicted with these beliefs. How should I handle this?

You asked, “How should I handle this?”

Handle it with honesty. Complete, thorough, rigorous, courageous, forthright honesty. To someone you care about very much and love, you do not lie. You don’t kid that person, or hold back the truth as you see it, or dismiss obvious conflicts and possibly irreconcilable differences. To do any of those things would be disrespectful, and no matter how strong love is, without respect, love will not survive. To be that wall-to-wall honest with her, you must also be that honest with yourself.

Your love is clearly strong, and you’re certainly a decent person, but this might be where the depth of your love and caring for her will be measured.

I’m reminded of the one Bible story I like to tell (forgive me) sometimes called the Judgment of Solomon. Briefly, it tells of two women living together who each had one infant. The fathers had died. One woman’s baby died, and shortly thereafter she began to claim that the other woman’s baby was actually hers, and she wanted to move away with it. The case where both women claimed to be the true mother eventually came before the court of King Solomon. No witnesses or evidence could be found to prove who was the actual mother. So Solomon said that the only solution was to divide the disputed property in half. One woman said that that was acceptable because she certainly didn’t want the other to have her baby, while the other woman pleaded with the King to give it to the other woman, sparing its life. Of course, Solomon declared that the woman who was willing to give up the baby for the sake of its life must be the true mother, or certainly the most worthy to be its mother.

There are at least 22 variations of this basic story in folk legends found around the world. In the Bible, its main purpose is to highlight Solomon’s wisdom, but I like it because it illustrates how love can be shallow or deep, selfish or selfless, not just passionate.

I’m not declaring that you must give her up. I’m saying that if it turns out that letting go of her is what is necessary for her to be her own person, for her mind to be her own, then that would be an essential choice for you to make here, and respect would be the essential criteria.

You have presented a dilemma, a tough choice with no easy solution. There is your strong desire to be with her versus quite a strong case you have laid out for the two of you being a bad match. Your views are deeply rooted, and so are hers. You will not consider raising children with her beliefs, and most likely, she is just as adamant about how she would raise children.

To be sure, a few courting couples who have these disparate beliefs find a way to make it work, and they establish a long term relationship, even marrying. Generally, they do this by making a firm agreement to never try to convert the other. That goal must not even be subtly in the background, because they will begin to sense it and resent it. The prospect or advent of children can make that agreement far more complicated and difficult. It is very often the final deal breaker.

Just before your question about how should you handle this, you said, “I care for her very much and hate to see her afflicted with these beliefs.” If your caring for her moves you to try to change her to have beliefs that correspond with your own, keep in mind that love relationships where one person is assuming or hoping to remake the other person into someone they prefer are most often doomed to failure. So respect must be the scale on which you weigh this. I don’t mean respecting her beliefs, per se. I mean respecting her sovereignty as a person, her rights to make her own decisions and to hold her own beliefs as she sees fit. If over time, she reexamines her beliefs and amends them on her own, that is one thing. If it’s a project of yours, that is quite another.

Do you view your role as saving her from this affliction? I imagine that she would strongly resent that, seeing you as being presumptuous. If you were to discover that converting you to Young-Earth Creationist Christianity is always working in the background of her interactions with you, I imagine that you would feel a similar amount of resentment. Resentment is slow, steady poison to love.

Tales of star-crossed lovers who come from warring families or tribes number in the thousands, found in every culture around the world. Romeo and Juliet is merely the most famous version of this very common plot. It’s a product of each of us being a mixture of mind and heart, the thing that makes us at once beautifully and tragically human.

Whatever kind of relationship the two of you build, whether you walk the same path as a couple, walk parallel paths as friends, or go in different directions, let that relationship be founded foremost on honesty and respect. 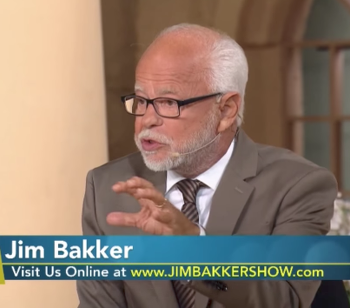 November 7, 2017
Jim Bakker: If Donald Trump is Impeached, Christians Will Stage a Riot
Next Post 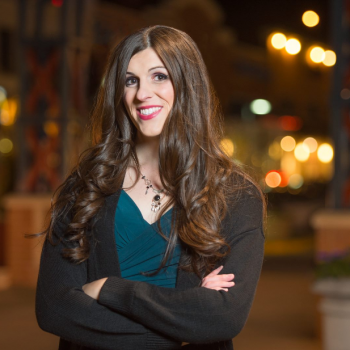