Because a Colorado school district held an illegal Bible giveaway for elementary school students, Satanic coloring books will be made available for those kids later this week. (Success! Even though it’d be better if religion was kept out of the school altogether.)

Looks like British Columbia has a similar problem. And atheists are making sure there’s a similar result.

Each year the teachers in the district distribute consent cards, provided by Gideon’s International, to grade 5 students. The District then distributes Gideon Bibles to each student who returns a signed card.

Just because there’s a “consent card” doesn’t make everything okay. Imagine being the only kid in school who doesn’t want to participate and you can see how the problem of coercion is still there. Kids at a public school shouldn’t be made to feel ostracized just because they don’t belong to the majority faith.

The BC Humanist Association pointed out the unconstitutionality of this practice in a letter to the District last week, and they’re also proposing a solution:

That’s right. If they get their way, students will soon be able to get copies of atheist comic books drawn up in the style of those infamous Chick tracts. 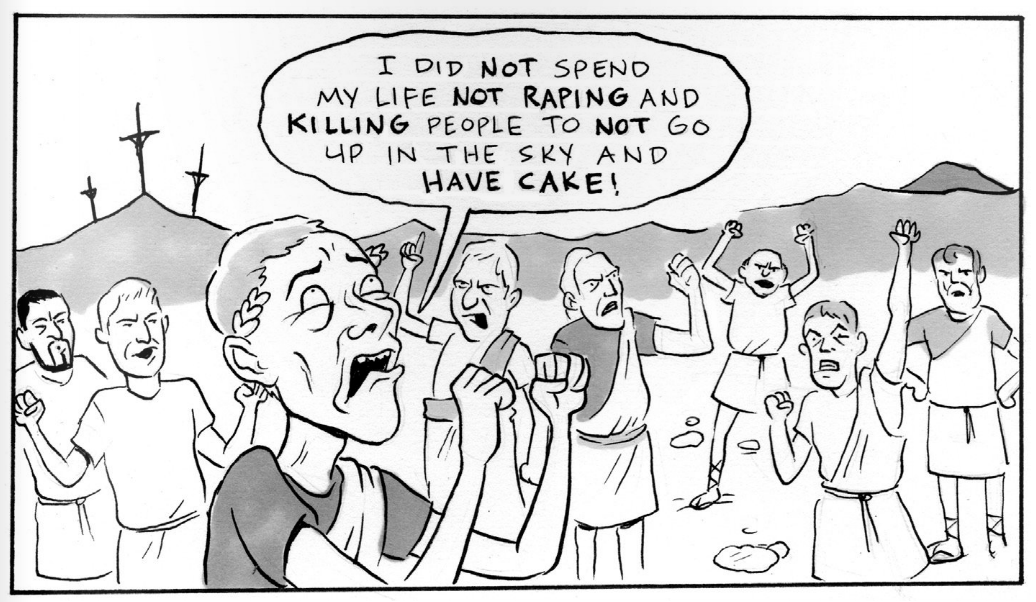 Kona Morris, the co-author of Godless Comics, is thrilled about the prospect of kids getting ahold of her materials:

I am absolutely shocked to hear about a public school district distributing Gideon Bibles, but I am so glad there is an organization that is there to help counter it, and I offer my complete support to the BC Humanist Association. If you are going to allow the distribution of bibles in schools, then it is crucial that the children are also exposed to materials such as Godless Comics in order to encourage and support the voice of natural human skepticism.

Ian Bushfield, the BCHA’s Executive Director, tells me that if their proposal isn’t accepted, they may challenge the District’s policy in a Human Rights Tribunal. Last year, a similar Bible distribution policy ended in neighboring Chilliwack School District after the BCHA fought against it. Bushfield is hoping for the same outcome here.

March 30, 2016 Tennessee House Bill Would Let Therapists Refuse to Treat Atheists, Gay People, and Other Sinners
Browse Our Archives
What Are Your Thoughts?leave a comment