How I Handle People Who Knock on My Door to Talk to Me About Jesus January 12, 2016 Tracey

I may have finally found a system to filter the Jehovah’s Witnesses and Mormons from the visitors I look forward to — all they have to do is follow this basic flow chart that I placed on my front door: 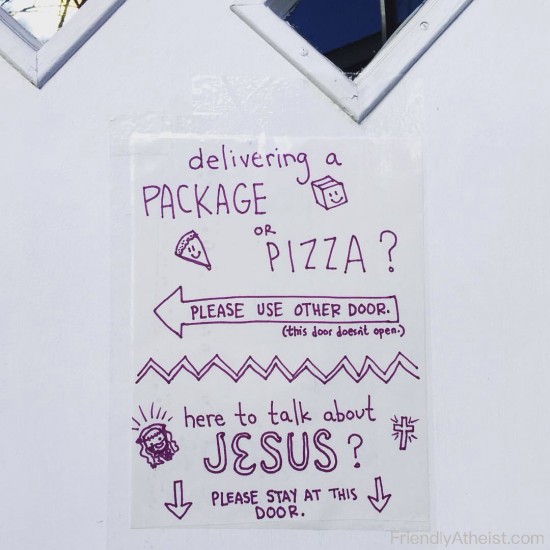 And just in case they stop by the back door, I have a sign there as well: 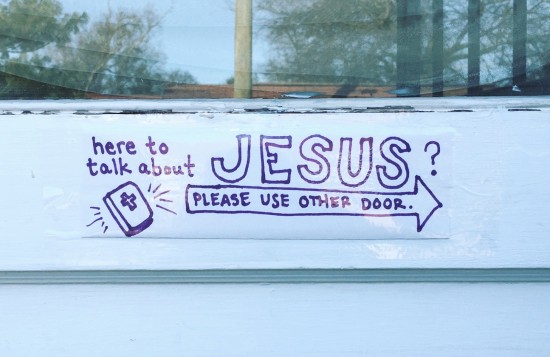 Don’t get me wrong, I enjoy the occasional engagement with believers. But after inviting the Jehovah’s Witnesses in a couple of times, one lady became persistent about it, always bringing along a new reinforcement agent with her. I felt the conversation was not advancing and they refused to hear my points. But the lack of progress did nothing to break their spirit, and I started to feel like the mafia was after me. Twice a week, the knocking would return and I’d turn off the music and drop below the window.

Since posting my flow chart I’ve had zero occurrences of Bible-thumping.

(Sure, it’s only been two days, but I’d like to think they’re taking the hint.)