This is Why Pastor Creflo Dollar Needed a $65 Million Plane January 3, 2016 Hemant Mehta

This is Why Pastor Creflo Dollar Needed a $65 Million Plane

It was back in March when Pastor Creflo Dollar asked his parishioners to donate $65 million so he could buy a new plane. (For Jesus, of course.) He later cancelled the fundraiser after a hell of a lot of negative media attention, but blamed it on Satan trying to “discredit” his voice.

What got lost in this discussion is why he needed this new plane in the first place. Because he already had one a year earlier.

But this is what happened to it: 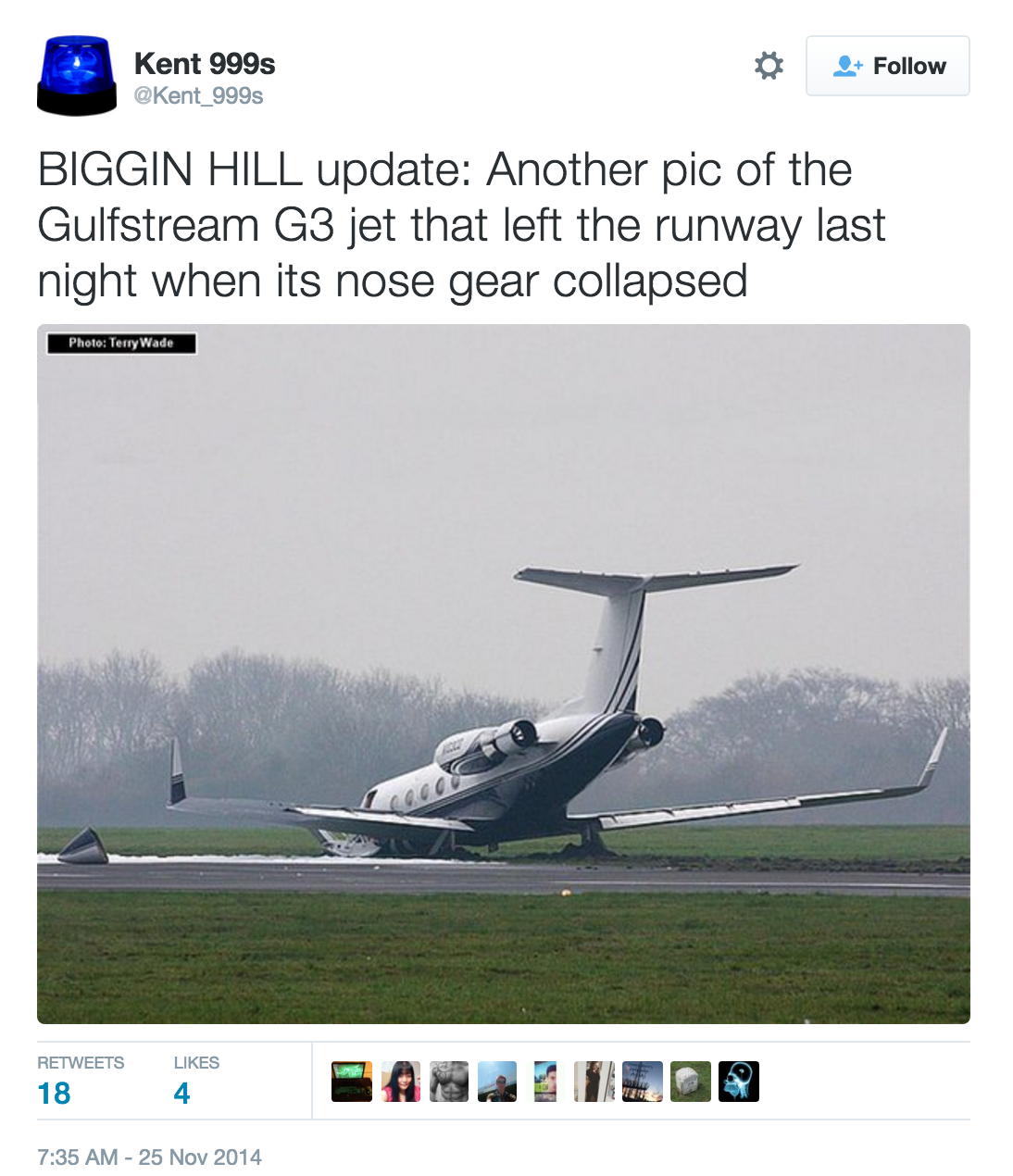 On November 24, 2014, Dollar’s Gulfstream III was permanently damaged in a runway accident at London’s Biggin Hill Airport. The plane veered off course, mistaking lights on the edge of the runway for lights on the center of the runway. No one was injured, but the cost of repair made no economic sense.

The UK agency tasked with investigating the accident recently released its final report on the matter. In short:

The aircraft lined up for takeoff in conditions of reduced visibility. The crew believed that the lights they could see ahead were runway centreline lights when they were actually runway edge lights. The aircraft began its takeoff run but ran off the paved surface and onto grass. The commander closed the thrust levers to reject the takeoff.

Information available to the pilots allowed them to develop an incorrect mental model of their route from the holding point to the runway. Environmental cues indicating that the aircraft was in the wrong position for takeoff were not strong enough to alert the pilots to the fact that they had lost situational awareness.

So I guess Jesus wasn’t their co-pilot…

I’m not mocking what happened. I’m glad no one was hurt. But someone who thinks God sends him personal messages could easily have spun this to mean God didn’t want him to fly anymore or that he shouldn’t live such an extravagant lifestyle.

Instead, Dollar took it to mean he needed a bigger and better personal jet. Which would still be subject to the same sort of human error.

January 3, 2016
Atheism Doesn't Prey on Fear and Prejudice
Next Post

January 3, 2016 Atheist Billboard Saying “Go Ahead and Skip Church!” Vandalized in Colorado
Browse Our Archives
What Are Your Thoughts?leave a comment