The Satanic Temple has “seven fundamental tenets” — none of which would strike most people as evil in any way: 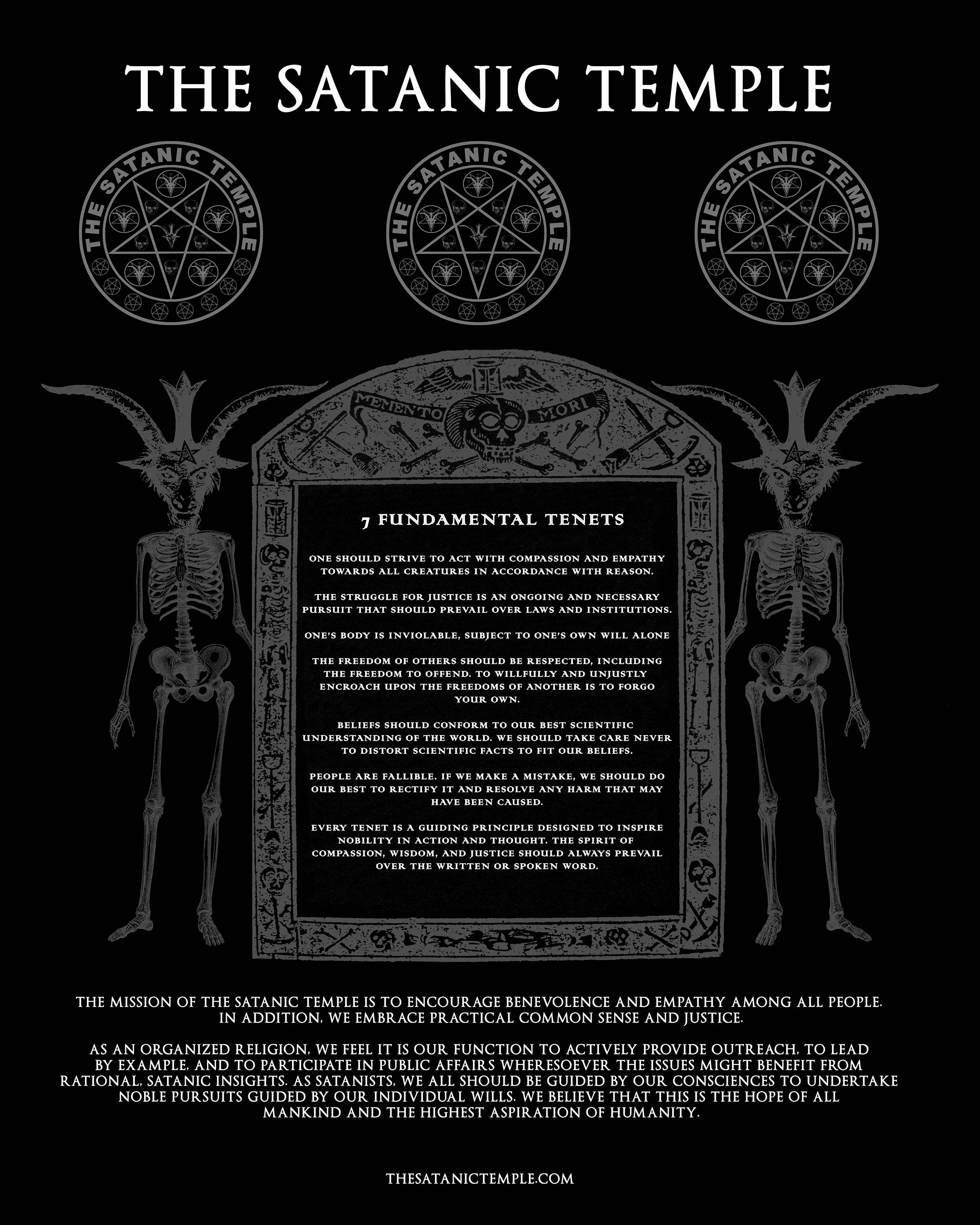 — One should strive to act with compassion and empathy towards all creatures in accordance with reason.

— The struggle for justice is an ongoing and necessary pursuit that should prevail over laws and institutions.

— One’s body is inviolable, subject to one’s own will alone.

— Beliefs should conform to our best scientific understanding of the world. We should take care never to distort scientific facts to fit our beliefs.

— People are fallible. If we make a mistake, we should do our best to rectify it and resolve any harm that may have been caused.

— Every tenet is a guiding principle designed to inspire nobility in action and thought. The spirit of compassion, wisdom, and justice should always prevail over the written or spoken word.

That all seems… perfectly reasonable. I would love to live in a society that believes in those values and fights for them.

Now compare that to the Ten Commandments, which so many politicians and religious leaders uphold as the basis for our collective ethics. While some of them are just plain silly (“Thou shalt have no other gods before me”), others condemn behavior that’s not even all that bad (“Thou shalt not covet”).

Valerie Tarico suggests that, if you only looked at those two lists by themselves without knowing anything about where they came from, you’d have a hard time figuring out which one belongs to the most popular religion on Earth and which one’s fighting to get any respect:

More broadly, the seven tenets emphasize positive, pro-social values rather than bad behaviors to be avoided. They largely express egalitarian values that transcend tribal boundaries, in contrast to the Ten Commandments, which endorse the view that women, slaves and livestock are possessions of men. They invite inquiry rather than certitude and individuality over tribalism.

It’s easy to explain why the Ten Commandments are ridiculous. But if the Seven Tenets were etched into a monument and put on government property, I’d at least pause a few seconds before calling for it to come down.

November 29, 2015
Salon Edits Out a Crucial Portion of Interview with Sam Harris
Next Post