I Co-Founded One of the Most Popular Christian Rock Bands Ever… and I’m Now An Atheist January 21, 2015 Hemant Mehta 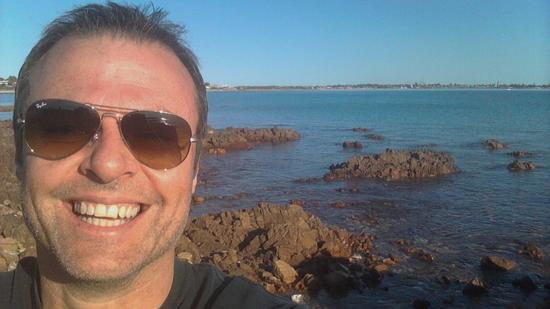 In 1985, I co-founded Newsboys, one of the most successful Christian rock bands in history. You may have heard the band’s music in the film God’s Not Dead. The band’s album of the same name hit No. 1 on the Billboard Christian Albums chart.

And I’m now an atheist.

How did that happen? Well, let me go back to the band’s founding.

After being kicked out of Seaton High School in 1981, my parents sent me to Bethesda Christian School. I only lasted six months there, but in that time, I met two drummers. One of them, Peter Furler, had a bigger drum kit than the other guy, so I jammed with Peter. We played together in the garage as a duo for a few years and became good mates.

Peter’s family moved to Nambour, Queensland in 1983. We were reunited in 1985 when I was posted from Adelaide to Amberley Airforce Base near Brisbane. I would drive up the coast every weekend to jam with Peter.

Sean Taylor was part of a different group of guys I played with. We both had a lot in common — we both enjoyed Rush. I invited Sean to join Peter and me, and our duo became a trio.

John James became the fourth member of the group soon after. He went to our local church and sang in the choir. We shared a similar sense of humor. It seemed logical for him to pick up the microphone.

Peter, Sean, John, and I started out as a cover band playing parties, pubs, churches, youth groups, parks — anywhere someone would have us. As we grew in confidence, we began to add some original songs to our repertoire. The band evolved quickly. Within a few months I had given up my career in the Air Force and moved in with the Furler family to concentrate on music full time. 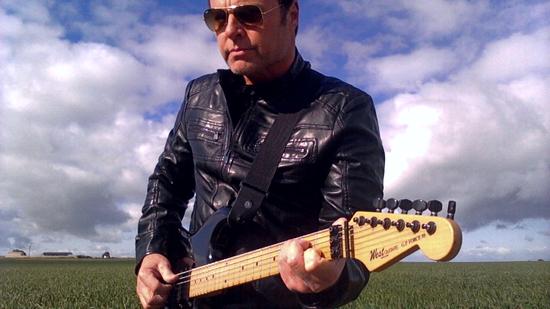 The choice to become a “Christian Rock Band” was heavily influenced by Peter’s parents, Bill and Rosalie Furler. As fundamentalist Christians, the only acceptable form of music was the kind that worshipped God. Bill and Rosalie were like second parents to me and, for that reason, I never questioned their advice.

When John needed a place to stay, he moved in with the Furlers as well. For the next few years, John, Peter, and I shared a bedroom and spent all our free time writing songs and rehearsing our asses off. We might have been classified as Christian Rock, but, musically, I felt we were as good as any secular band. With forty solid songs under our belts, we became the Newsboys.

Our big break came in 1987 when the Christian band Whiteheart invited us to support them at Festival Hall, Brisbane. They liked our music and, within a few months, we found ourselves in New Jersey recording our first album, Read All About It. I co-wrote the first two Newsboys albums and toured with them until 1990.

I always felt uncomfortable with the strict rules imposed by Christianity. All I wanted to do was create and play rock and roll… and yet most of the attention I received was focused on how well I maintained the impossible standards of religion. I wanted my life to be measured by my music, not by my ability to resist temptation.

I left the band in 1990 and went back to Adelaide. There, I got married, taught guitar, played pubs and clubs, built homes, and had two beautiful daughters.

As I carved out a life for myself away from the church, I began my own voyage of inquiry into what I believed. My perceptions started to transform when I became interested in cosmology in 1992. I soon found myself fascinated by the works of Carl Sagan, Neil deGrasse Tyson, Lawrence Krauss, Brian Cox, and Richard Dawkins. I learned so much and was blown away by all the amazing scientific discoveries and facts. When my marriage dissolved in 2003, I turned my attention to human psychology.

By 2007, I renounced Christianity once and for all and declared myself an atheist.

The Christian music scene is populated by many people who act as though they have a direct hotline to a God who supplies them with the answers to the Universe. There seems to be more ego and narcissism amongst Christian musicians than their secular counterparts.

Recently, the Newsboys were featured in the movie God’s Not Dead. The movie demonstrated the pervasive attitude of Christians. They demonized everyone while giving a pass to their own particular brand of Christianity, making themselves look like fluffy white angels with perfect, synchronized lives.

The truth is — from someone who knows what went on then and what goes on now — the Newsboys aren’t as holy as they profess. Instead of wearing a mask of “righteousness,” they should acknowledge that they are struggling as much as everyone else.

January 21, 2015
Here's Proof That Ken Ham Seriously Overestimated How Many People Would Visit the Noah's Ark Theme Park
Next Post