After Pope Francis Speaks, Shakira Sings “Imagine There’s No Heaven… and No Religion, Too”

On Friday, as the United Nations General Assembly held its meeting in New York City and after Pope Francis delivered his message to representatives from all over the world, singer Shakira (who, like the Pope, hails from South America) ended the festivities by performing “Imagine” by John Lennon.

That is, she sang a song with the lyrics “Imagine there’s no Heaven… and no religion, too.” 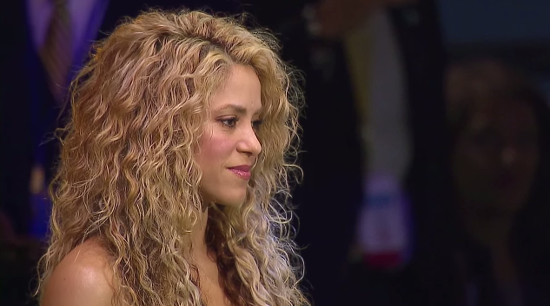 Intentionally or not, it was a powerful Humanistic message from the pop star to the star Pope.

It’s much better than the Cee Lo Green version of the song, which he once sang on TV with these revised lyrics:

***Edit***: I initially wrote that Shakira performed before the Pope spoke. She actually performed after. My apologies for the error.

September 26, 2015
Ex-Muslim Denied Chance to Speak at Warwick University Because She May "Incite Hatred"
Next Post