Marcus Vaughn (below) used to be a “Bethelite” — kind of like the Jehovah’s Witness version of a Catholic priest. He lived in a JW compound in Wallkill, New York and was a faithful full-time servant for the Watchtower Society. 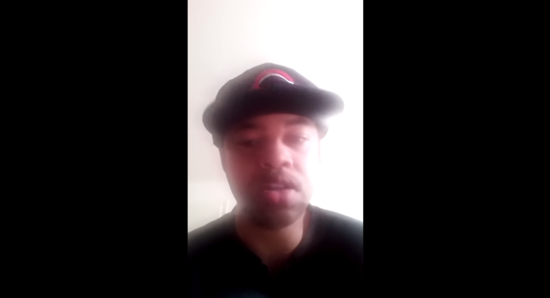 Here’s how serious his commitment was:

Bethelites, as volunteers working at Jehovah’s Witness headquarters are called, have to sign a “Vow of Obedience and Poverty” to this order. In this vow, aspiring members pledge to serve “without any expectation of being paid, as one would be in a secular setting” and demonstrate “willingness on the part of every member of the Order to serve under the direction of the Governing Body of Jehovah’s Witnesses in an arrangement through which they can devote their full-time efforts to advancing Kingdom interests.”

So you’re not making money. You’re not getting any formal education. You’re not given any freedom. But it’s all okay because you’re serving God and the JWs have all your needs covered, right?

Right!… Unless they fire you, in which case you’re screwed. And that’s exactly what happened to Vaughn about 15 years ago. He was fired with no advance notice and certainly no severance package. That left him homeless, penniless, and without an education.

He tells his story in this video, the first of four:

The really compelling part is when Vaughn realizes other religious groups take far better care of their most faithful servants than the Jehovah’s Witnesses ever did:

So you’re meaning to tell me that Satan takes better care of members of Christendom than Jehovah does for members of his organization? Keep in mind, because this is illogical: Satan has to oversee hundreds, if not thousands of different churches, if he’s over all of them. Jehovah only has to oversee the one, and Bethel. You’re meaning to say Satan is taking better care of his people than Jehovah is taking care of his people at Bethel, not even giving you a thirty day notice, no arrangement, no anything.

Misha Anouk, a former JW himself, explains how this story gets even worse:

[Vaughn’s] experience is shocking for anyone who believes the organization of Jehovah’s Witnesses to be the true religion. In the second part Marcus relates how JW.org billed him for a carton of fruit juice, apples and a banana he had acquired in the Bethel cantina after he had been evicted from this apartment and was set to leave. When he asked for work reference to help with applications for a new job, all he got was a one-sentence sheet of paper stating he had worked at Bethel and left in good standing. No mention at all of the five or six departments he had worked with. Not a good job referral, given the fact that he had not pursued higher education due to the stance of the Governing Body.

It’s just a sad story all around.

Vaughn seems to be doing better. If that’s the case, though, it’s not because the Watchtower Society helped him out at all. It’s because he made it on his own.

How many JW followers are aware of these kinds of stories? How many Elders ever talk about it? I’m guessing very few.

July 17, 2015
The Other Kids Who Visit Heaven Always Forget This Detail...
Next Post