Amanda Berry on the Despair of Watching a TV Psychic Tell Your Mom You’re Dead May 2, 2015 Bo Gardiner

In Year Two of her ten-year terrifying captivity in the Cleveland home of Ariel Castro, 18-year-old Amanda Berry felt there was only one hope keeping her alive — knowing that her mother was fighting for her.

Glued to news of the outside world on the small black-and-white TV she was allowed, she felt a rare surge of joy in November of 2004, hearing that her mother was to appear on The Montel Williams Show to consult with a psychic they both admired, Sylvia Browne.

Berry revealed the details of that day in her new book, Hope: A Memoir of Survival in Cleveland, co-authored with her fellow captive Gina DeJesus. 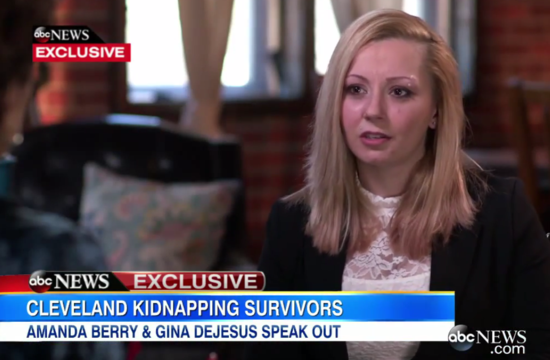 For 19 months, Louwana Miller refused to give up hope that her missing daughter might still be alive.

“She’s not alive, honey,” Sylvia Browne told her matter-of-factly. “Your daughter’s not the kind who wouldn’t call.”

Miller said she returned devastated from the show, taped this month in New York.

A year and a half later, a devastated Louwana Miller was dead from heart failure at age 44. A friend told reporters that her meeting with Browne was the breaking point: “From that point, Ms. Miller was never the same.”

But what we didn’t know until this week was that, among the millions of Americans watching The Montel Williams Show that day, was Amanda Berry herself.

In excerpts from her journal, we get some small sense of the frustration and despair she felt as the scene unfolded:

This is huge! Mom’s going to be on The Montel Williams Show.

… she’s going to be on tomorrow with Sylvia Browne, that cool psychic. I love her. This is amazing! Mom and I used to watch Montel all the time and we loved it when Sylvia was on. She made some amazing predictions.

… I want my mom to know I’m alive. Sylvia has to tell her!

There she is!… This is so exciting!

Sylvia is asking Mom about a “Cuban-looking” guy who is short and stocky. It’s him! He’s Puerto Rican, not Cuban, but it’s close.

Then Sylvia says: “I hate this when they’re in water. I just hate this. She’s not alive, honey.”

What? Why did she say that?

… She is a fraud. Now my poor mother is going to be convinced I’m dead, because she trusts Sylvia. This is going to crush her. She has to ignore what she was told and keep believing I’m alive and fighting to bring me home. If she doesn’t, how can I keep hoping?

They cut to a commercial, and my mom is gone.

Berry begged Castro to deliver a letter she wrote to her mom, telling her not to listen to Sylvia Browne. She showed it to him so he could see there was no hint of how she could be found. Castro tore it up and handed it back to her.

My mom has been on the news a lot and she seems different, sadder. She says she took down the yellow ribbons at our house… took down the posters in my room and gave away my computer…

All because of Sylvia Browne, that fake. She put a knife right in my mom’s heart because it made for good TV ratings. The article [in the Plain Dealer] says my mom is 98 percent sure that what Sylvia told her is true, that I’m dead. She said she “lost it” after that show.

I am crying so hard that I’m shaking. I wish God would show her some sort of sign that I’m alive. I get my strength from knowing that my mom is fighting for me. If she gives up, I’ll feel like I don’t exist.

I can’t begin to fathom the despair she must have felt, facing the nightmare that lay ahead, this time with her last lifeline seemingly cut.

But hey, Browne got the “Cuban-looking” thing right, right?

Not so fast. Browne very likely prepared for her appearance on the show and would have known that Berry lived and worked in a west Cleveland neighborhood which the Associated Press described as a “tight-knit, mostly Puerto Rican neighborhood.”

A few months prior to that, Browne also told the parents of Shawn Hornbeck (another missing boy) that their son had been murdered by a “dark-skinned… Hispanic” with “dreadlocks.” Here’s Shawn’s convicted kidnapper, Michael J. Devlin: 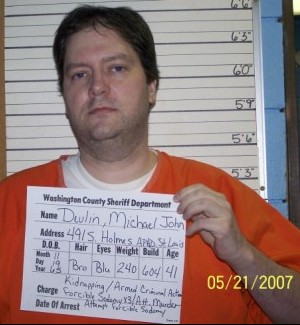 Oh, and another small detail Sylvia got wrong? Shawn is alive.

Berry and DeJesus have been doing TV interviews this week about their book, and Berry spoke of her anger at Sylvia Browne.

It even pressured Montel Williams into finally apologizing:

I saw ‪#‎AmandaBerry‬’s incredibly courageous interview last night… I’m so sorry that anything said on my show caused her pain, and I am so grateful turned it out to be incorrect. Amanda Berry is a clearly one very strong young woman whose courage should inspire us all.

Notice Williams apologizes for what an unnamed guest said, but not for his own decision to have a “psychic” frequently deceiving the public on his show until it was canceled in 2008.

As for Sylvia Browne herself, she went to her grave in 2013, having never apologized for any of her cruel deceptions. Her less-than-humble statement on Amanda Berry, posted on her website in response to criticism of her after Amanda’s escape, included this line: “Only God is right all the time.”