The Dark Side of Christian Mission Trips April 25, 2015 Hemant Mehta

The Dark Side of Christian Mission Trips

When Jonathan Hollingsworth was in college, he seized an opportunity to spend a year in Cameroon as part of a mission trip. But he realized quickly after arriving that his idealism didn’t match up with the sponsoring organization’s goals.

He and his mother Amy, whom he frequently confided in during his time in Africa, now tell their story in Runaway Radical: A Young Man’s Reckless Journey to Save the World (Thomas Nelson, 2015). 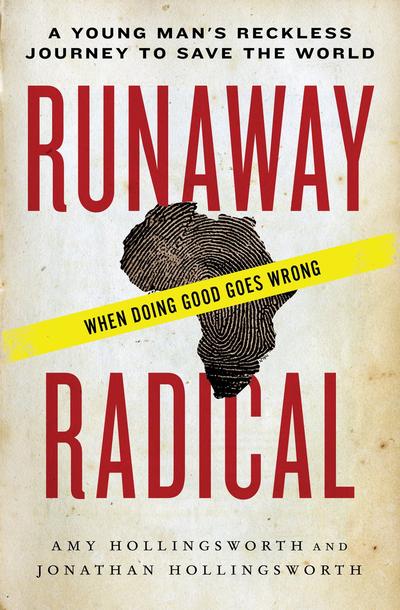 In the excerpt below, Jonathan begins to realize the extent of the problem. He’s excited to work with “Dr. F,” a missionary with a very similar background to him… until something gets in the way.

Amy tells the story from her perspective:

At first Jonathan thought it was just bad timing. Whenever he tried to meet with Dr. F and her husband, to attend their home Bible study or volunteer in their hospital, an errand would arise that required his attention, even if it were just to ride along in the car with the local mission director. Peter [the director of the group sponsoring Jonathan’s trip] had flown back to the United States after settling Jonathan in the home of the local director, Mosi, a young West African man who had just taken a wife. Finally Jonathan confronted him about the timing and found out the truth: Jonathan would never be permitted to befriend or work with them, because Dr. F and her husband were the wrong kind of Christians.

Jonathan had already discovered, when he tried to join an outreach that wasn’t hindered by rain or the school calendar, that he was not permitted to work with non-Christian organizations. He had canvassed some villages with a few locals who were trying to educate other Cameroonians about services for disabled children. He was chastised when he returned to his African home for helping nonbelievers with their cause.

But now he was being told that other Christians were off-limits too, if they were the wrong kind. When Jonathan asked what was wrong with the doctor and her husband’s beliefs (that were in a well-established denomination with missionary hospitals all over the globe), he never received a satisfactory answer. Finally he contacted Peter directly. We talked about their conversation via SMS, short text messages sent via Skype.

AMY: Did you hear back from him?

JONATHAN: Or associate with anyone he has not met yet

JONATHAN: So no more hanging out with them, the Peace Corps volunteers, other Cameroonians, etc

JONATHAN: Unless it’s strictly his organization

JONATHAN: Because it reflects badly on the organization

JONATHAN: He does not want me going to church or attending Bible study with Dr F

JONATHAN: He won’t let me crash at their house

JONATHAN: So for the next year I am prohibited from hanging out with anyone other than the small group of people associated with his organization

JONATHAN: We can Skype now, but I’ll have limited communication

JONATHAN: I’ll be reduced to mhhm’s and no’s

Since Jonathan lived with the ministry director, he could only answer yes and no questions — and not make any comments — when we talked via video. His Internet access had been set up in the young couple’s common living area, and they were there whenever he tried to contact us. That’s why we often resorted to typing messages back and forth.

Through further talks with Peter and Mosi, it became clear who the “wrong kind of Christian” was: anyone who wasn’t either servicing or financing the small mission agency.

So most days Jonathan sat alone in his soggy bedroom, put on the shelf like a trophy for show, while the rain came down and the schoolhouse sat empty and the hospital made do without his help. A young American had come to Africa, bringing lots of money with him, and that seemed to be enough for now. He wasn’t permitted to follow God wherever he may lead. “If it were up to me, I’ll be spending quite a bit of my time here,” he said of the village that captured his heart. But it wasn’t up to him. He had never really left his cloister closet. Or his cocoon.

After checking out the book, I had a chance to ask Jonathan some questions about his experience and our exchange is below:

It sounds like the group sponsoring your trip was very adamant that you spread a specific brand of Christianity — and that trumped helping the people in any other way. Is that an accurate assessment?

For the most part. I mean, they weren’t so much pushing a specific doctrine or creed as they were evangelism in general. This was really disappointing for two reasons. One, I’m not an evangelist. It’s just not my thing. Secondly, I had been led to believe that this particular mission organization really prioritized humanitarian projects and services, but that wasn’t the case. They forbade me from seeking out other opportunities to help in the community unless I was going into the villages to convert people.

How typical is that of churches that sponsor these sorts of trips?

In my experience, it’s not that the church is unwilling to help alleviate the physical needs of the people they’re trying to reach, it’s that they’re afraid to emphasize it too much. Apparently, making the gospel too “social” waters it down. It’s something I’ve seen both at home and abroad, where the church feels like it has to balance helping the poor with evangelizing the poor, but the helping part usually suffers as a result.

One of the frequent criticisms I hear from atheists about mission trips is that the Bible is basically used as a carrot by Christians. (You’re willing to help them… but only if they accept the Gospel.) Is that a fair critique? Is that something people who volunteer for these trips are okay with?

I’ve never been a part of something that insidious (thankfully), and I don’t think many people my age knowingly would. But I do think the mentality crops up in subtle ways. That’s actually a huge reason why I wanted to volunteer in Africa. I was tired of how the American church seems to reel people in only to bait-and-switch. As it turned out, the African church isn’t so different, and that realization was a huge blow. Did I ever see anyone denied care because they weren’t a Christian? No. But I certainly felt like there were times we used our services to “soften people up” to hear the gospel.

How much did this experience shake your faith? Are you still a Christian at this point? If so, have you become jaded about church culture or is your frustration limited to those who set up this trip?

To say that it shook my faith would be an understatement. The control and manipulation I experienced at the hands of the mission organization over there only became more and more pervasive, to the point where I felt like I was under house arrest. When I tried to leave, they refused to hand over my plane ticket and it took third-party intervention to get me home.

I felt so confused and lost. In all my time in the church, I’d never seen a missionary come home waving the white flag. That’s why we decided to write Runaway Radical. We’re trying to bring a balance to the stories that usually get told about missions. Since the release of the book, we’ve been inundated with responses from people who have shared similar testimonies of mission trips gone wrong. It’s an issue that’s more widespread than we ever could have imagined.

As for me, I’ve definitely had to reevaluate the high idealism and religious fervor that led me to Africa. I think pre-Africa Jonathan would look at the post-Africa Jonathan and say he’s not a Christian anymore. It’s true that I don’t go to church, pray, or read the Bible nearly as much as I used to, but somehow, my view of God is healthier than it’s ever been. To quote some friends who experienced a similar crisis on the mission field, “It’s not that we don’t believe anymore. There are just certain things we believe less, and some things not at all.”

Runaway Radical is now available online and in bookstores.