Is This the Worst Fire-and-Brimstone Preacher on YouTube? December 10, 2014 Terry Firma

Judging by the quality of the recording and the clothes and hairstyles of the worshipers, this video of an American preacher addressing his congregation could be some 30 years old. It just surfaced on YouTube the other day.

It’s hard to fathom that anyone would sit through this voluntarily, without protest, and without bursting out laughing. But as we see towards the end, the pastor has his entire flock eating out of his hand.

In any social setting but a religious one, what this man says, and how he says it, would likely be grounds for a mental evaluation. People would say, “I worry about him,” and “I feel terrible for his family,” or maybe “What’s the number for Bellevue?”

In church, however, what’s objectively crazy stops being crazy. It doesn’t just become normal — it becomes vitally important and sacred and revered, and they’ll tell you that just about the worst thing you can do is laugh about it and mock it. 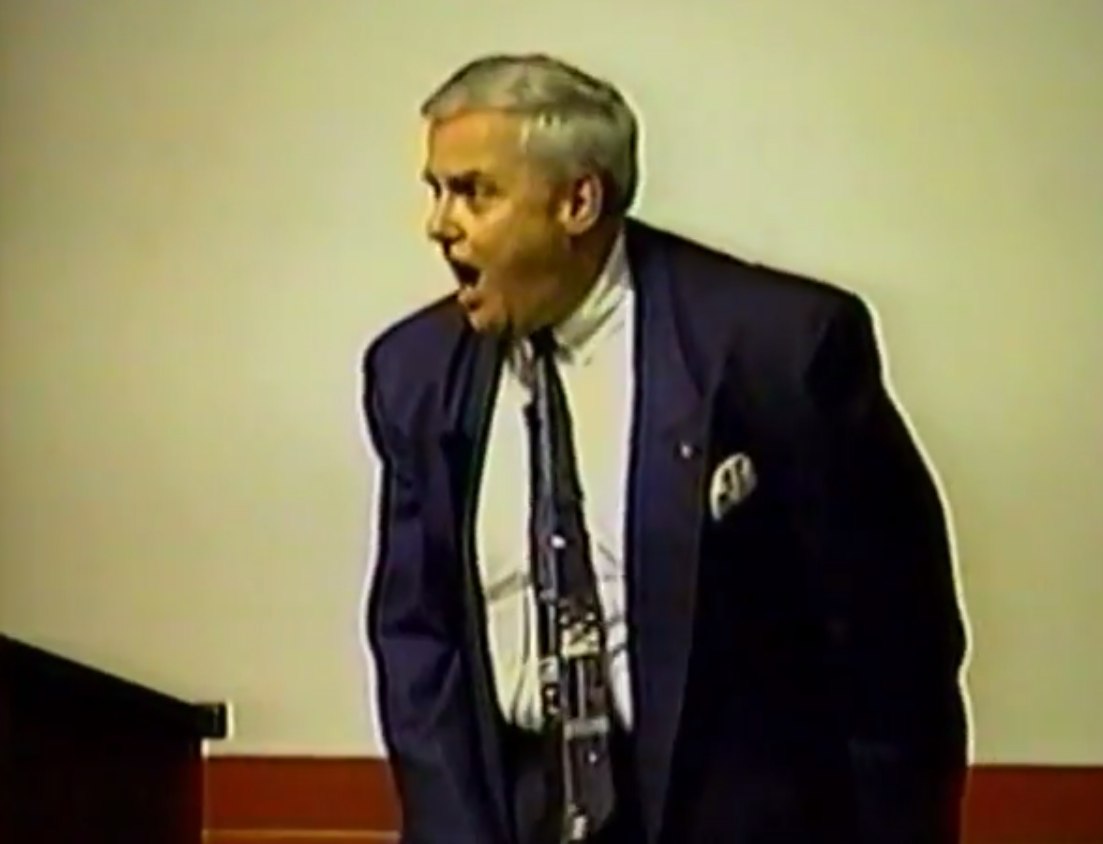 December 9, 2014
A Bible-Thumping High School Football Coach Allegedly Threw a Student Off the Team for Not Praying With Everyone
Next Post

December 10, 2014 Arkansas Church Responds to Atheist Billboard with One Embracing Doubters
Browse Our Archives
What Are Your Thoughts?leave a comment