A Survivor of the Faith Assembly Cult Talks About Growing Up Under the Gaze of Crazed Preacher Hobart Freeman November 15, 2014 Terry Firma

In the mid-1970s, the faith-healing cult of a charismatic preacher by the name of Hobart Freeman came to the attention of health authorities in Indiana. One health official observed that at Faith Assembly’s quarters,

Diabetics were not taking their insulin and pregnant women were receiving no prenatal or postnatal care… They are laying dead babies and live babies next to each other on the altars and praying over them to get the live babies to bring life back to the dead ones. There was one woman… praying over a baby for four days before the funeral home got hold of it.

… prophesy, miraculous healings, testimonies, speaking in tongues, and believers being slain in the Spirit…

A sense of community care, cohesion, exclusiveness, superiority and persecution grew with the breadth, authority, and enthusiasm of [Freeman’s] teaching. Those with divergent doctrines, beliefs or practices either conformed or were excluded. Outside interactions grew less and were sometimes severed over these issues.

And that’s what survivor Josh Wilson recalls too, in this brand new video.. 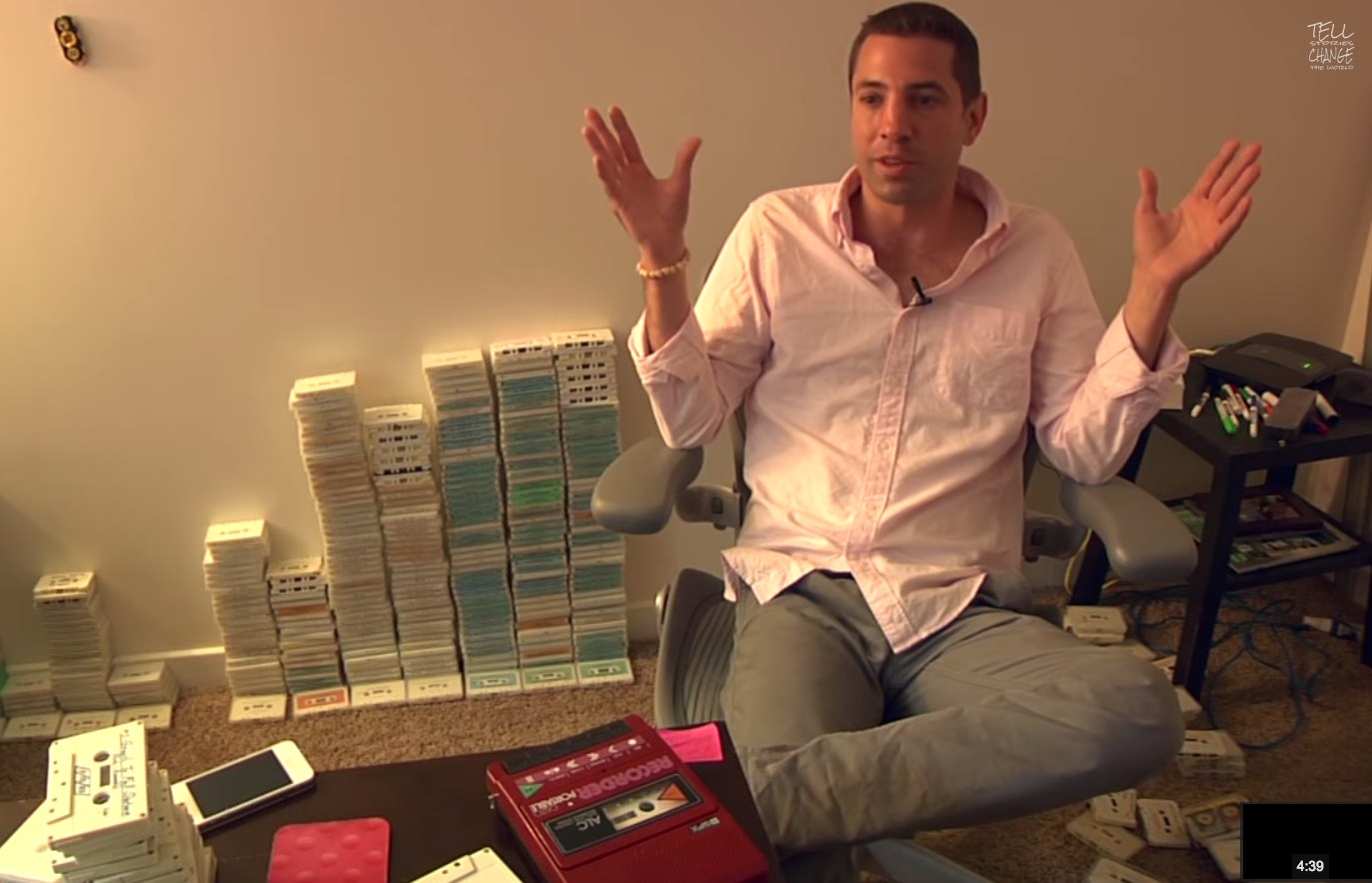 Surrounded by old cassette tapes of Freeman’s sermons, listening to which is both “reward” and “punishment” to Wilson, he explains that

“You have deeply ingrained in you to not trust anyone else. You have this sense that we’re the only ones and we can’t trust the rest of the world. I think that is one of the legacies of Faith Assembly.”

At 2:22 he talks movingly of the baby brother he never saw alive; the boy died at birth (“Joseph Michael went to be with Jesus,” he was told) because his parents decided to forego standard medical care, unsuccessfully relying on God’s benevolence instead.

County health authorities estimated that women from Faith Assembly who gave birth at home were at least 60 times more likely to die than women who opted for the advice and help of bona fide doctors or midwives. Investigations by ABC TV and the Chicago Tribune revealed the plausibility of at least 90 Faith Assembly members (including newborns) having died needlessly during Freeman’s ministry, which ended with his death in 1984.

The cult leader expired two weeks before he was to have defended himself in court against a charge of negligent homicide. Still, he received a measure of justice:

Freeman died at his Shoe Lake home of bronchial pneumonia and congestive heart failure complicated by an ulcerated gangrenous leg, which in the weeks preceding had forced him to preach sitting down. He had refused all medical help, even the removal of the bandages so his leg could be cleaned.

Inexplicably, an all-night prayer vigil failed to revive his putrid flesh, causing the attendees to quietly admit defeat by morning-time. Freeman’s wife, however, kept the faith, long leaving his suit out by the end of the bed, “expecting him to one day walk in and have need of it.”

November 15, 2014
Why Christians Should -- Or Maybe Shouldn't -- Go To Same-Sex Weddings
Next Post

November 15, 2014 Why Are Atheists So Obsessed with God?
Browse Our Archives
What Are Your Thoughts?leave a comment