8 Things Your Pastor Will Never Tell You About the Bible September 29, 2014 Hemant Mehta

8 Things Your Pastor Will Never Tell You About the Bible

This is a guest post written by Richard Hagenston. Hagenston is an ordained United Methodist minister, a former pastor, and the author of Fabricating Faith: How Christianity Became a Religion Jesus Would Have Rejected. 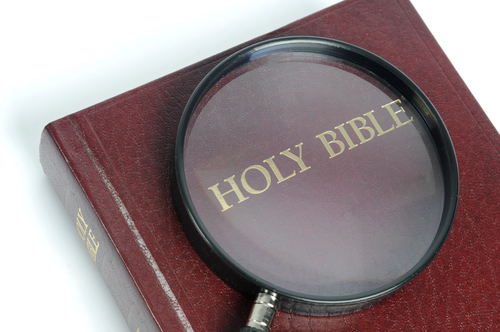 When I was a United Methodist pastor, I learned an unsettling thing from my own experiences and those of some colleagues serving other churches: Many ministers keep secrets about the Bible, lest things they learned in seminary (or otherwise know) hurt church attendance and the Sunday offering.

This put some friends of mine in a terrible quandary, forced to say things from the pulpit that were doctrinally demanded but which they had come to privately question. As for me, I resolved the matter by leaving the pastorate. When I did, I got calls of congratulations from two nearby ministers. One of those calls was especially poignant. He said I was fortunate to have other skills from my previous work experience that I could draw on. But he added that all he had been trained to do was to be a minister and that he felt trapped in the pulpit saying things he no longer believed in order to continue supporting his family.

It’s time our secrets about the Bible came out. It’s time for Christians to know what their pastors won’t tell them.

The earliest mention of the birth of Jesus to be written is not the nativity stories in the gospels of Matthew and Luke, but verses in Paul’s letter to the Romans. He wrote it after having met with Peter and others who had known in person not only Jesus but also his mother and brothers. Despite learning from them everything they could tell him about Jesus, Paul shows no sign of having heard of a virgin birth. Instead, he wrote that Jesus “was descended from David according to the flesh” and was declared to be the Son of God not through any special birth that Paul mentions but by his resurrection (Romans 1:3-4).

The nativity stories in Matthew and Luke, suggesting that Jesus had a virgin birth in Bethlehem (the birthplace of David), were composed later and even his own apostles showed no indication of knowing anything about it.

2) Jesus Said He Wanted to Offer Nothing to Gentiles

The fact that Christianity has become a religion largely of Gentiles who literally worship Jesus is a huge irony, because in his ministry, Jesus said he intended to offer Gentiles nothing.

Matthew 10:5 shows Jesus giving his disciples firm instructions to “go nowhere among the Gentiles.” It’s true that Chapter 8 of Matthew and Chapter 7 of Luke show Jesus healing the servant of a Roman soldier. However, this happened only after the soldier said he was unworthy of Jesus’ attention.

It’s also possible that Jesus assumed the servant was a Jew, because, as shown in Matthew 15:21-28, when a woman who was indisputably a Gentile asked for healing for her daughter, Jesus initially ignored her. She was so persistent with her pleas that his apostles wanted to silence her. But they didn’t ask Jesus to do that by helping her. Instead, knowing his attitude toward Gentiles, they urged him to send her away. When she finally knelt before Jesus, making it impossible to continue to ignore her, he told her he was sent “only to the lost sheep of the house of Israel.” He then made clear that he considered her as a Gentile to be no better than a dog, adding that it wasn’t fair for dogs to receive food intended for children. Only when she pointed out that even dogs eat crumbs from their masters’ table did Jesus praise her for her faith and give her the help she wanted.

Further evidence that Jesus had a harsh attitude toward Gentiles comes from the fact that, after his death, resistance from his disciples caused Paul problems in his Gentile conversion efforts (see Galatians 2:11-14). Christianity eventually became a religion of Gentiles not because of any personal outreach to them by Jesus during his lifetime, but because of the work of Paul and the fact that most Jews, whom Jesus was really reaching out to, rejected it.

The Gospel of John shows Jesus saying he is divine — again and again. But nowhere in the gospels of Matthew, Mark, and Luke, widely acknowledged to have been written before John and thus closer to the events they describe, does Jesus claim to be a deity.

In fact, all of those first three gospels show Jesus scoldingly saying that he should never be thought of as God. Mark 10:18 depicts Jesus as saying, “Why do you call me good? No one is good but God alone.” Obviously, he took offense at the mere thought that he might be considered to have the same righteousness as God. He is shown making the same point in Luke 18:19 and Matthew 19:17.

4) The Resurrection Appearances in the Gospels Have Irreconcilable Differences

The gospel accounts of the resurrection appearances of Jesus differ substantially, including where the risen Jesus is said to have appeared to his apostles. The gospels of Matthew and Mark place the appearances solely in Galilee. However, Luke, as well as the book of Acts, has Jesus appearing only in and around Jerusalem.

To add to the confusion, the Gospel of John shows Jesus appearing in both Galilee and Jerusalem. The actual appearance of a resurrected Jesus would have been so stunning that it raises the question of why there was not even one record of such an event that made a deep enough impression to be passed down in all the gospels.

5) Jesus Was Against Public Prayer

Those who argue for public prayer in such diverse settings as government meetings and football games don’t seem to know the Bible.

If they did, they would realize that Jesus was very much against it. In Matthew 6:1, he warns against practicing piety before others, saying that those who do will “have no reward from your Father in heaven.” In Matthew 6:6, as a preface to the Lord’s Prayer, he says that to pray one should go into a room, close the door, and pray in secret. In fact, the King James Version of the Bible translates that as going into a closet to pray.

Perhaps even more significant is that in Matthew 6:5 Jesus harshly criticizes those who pray out loud in synagogues, the local worship settings of his day. Based on that, it seems possible, jolting as it may be, that he may have also disapproved of public prayer in churches, much less government meetings.

6) Some Books of the Bible Are Forgeries

My seminary professors mentioned that some books of the Bible, notably some letters attributed to Paul, were probably written by people who lied about who they were to gain Paul’s authority for their own ideas. But they never put it that bluntly. They couldn’t even bring themselves to use the word “forgeries.” Instead, they used “pseudepigrapha,” a fancy word meaning wrongly attributed authorship that tells the truth while in its pompousness also disguises it.

Especially suspect are the so-called pastoral epistles, 1 and 2 Timothy and Titus. Because these made it into the Bible under Paul’s name, some find reasons to insist that they must be authentic. However, there is wide agreement among many Bible scholars that they differ so much from Paul’s vocabulary, style, and teachings that they could not be by him.

All of this raises the question of how much authority one wishes to give the writings of those who were not truthful even about who they were. For instance, in contrast to the respect that Paul showed toward women, the author of 1 Timothy felt very differently. In 1 Timothy 2:11-15 he says they need to be silent and submissive, and will be saved only “through childbearing.” A similar point that women need to be silent in church appears in an authentic letter of Paul as 1 Corinthians 14:34-35. However, those verses so thoroughly break the flow of the passage in which they appear, and are so contrary to other things Paul writes, that they seem like they’re a later insertion by another person wanting to claim the authority of Paul for his own repressive attitude toward women.

And yet those verses in 1 Timothy and 1 Corinthians, apparently by people pretending to be someone they were not, are used even today to justify limiting the leadership roles of women in some churches.

Not only does the Bible have many contradictions, some of them are clearly intentional.

An Old Testament example is found in Psalm 51. That psalm was written after Babylonia destroyed Jerusalem (and its Temple that had been built by Solomon) and led the city’s inhabitants off to exile. Since the Temple was no longer available for sacrifice, the author of Psalm 51 offers comfort in Verses 16 and 17 by saying God does not even desire sacrifice but only a contrite heart.

But then, in a clearly intentional contradiction, someone who disagreed with that came along and added, immediately afterward, Verses 18 and 19 saying that God would be delighted by sacrifices that would follow a rebuilding of Jerusalem.

In the New Testament, we see an example in what the gospels say about the message of John the Baptist. The gospels of Matthew, Mark, and Luke all depict John the Baptist as saying he was offering a baptism for the forgiveness of sin through repentance alone. But, writing later, the author of the Gospel of John didn’t like that at all. He wanted to say that forgiveness comes only through sacrifice, the blood sacrifice of Jesus himself. So, in contradiction to the other gospels, he says that the message of John the Baptist was to proclaim Jesus as a pending sacrificial Lamb of God.

Contradictions such those in Psalm 51 and what the gospels say about John the Baptist, as well as others that can be found in both the Old and New Testaments, show that much of the Bible is an interplay of human agendas which often conflicted with one another.

The Apostle Paul was a man under attack for his beliefs. In Galatians 1:6-9 he complains about those who thought that his gospel was wrong and were causing people to turn away from what he had taught them. Not wanting to give voice to the opposition, he doesn’t mention the issues in dispute. But he was not one to even consider that he may have been at fault, saying in that same Galatians passage that even any “angel from heaven” who dared disagree with him should be damned.

This means that apostles who had known, walked with, and been taught by Jesus himself during his lifetime thought Paul was wrong about at least some of what he was teaching.

This leads to a question: Since Paul’s teachings became a basis of today’s Christian faith, would Jesus have approved of the religion that is today proclaimed in his name? Answering that question is the basis of my book Fabricating Faith.

I am still a Christian, but I don’t believe we should hide from the facts about our own faith. How many pastors know about these problems, but never mention them in a sermon? How many of them are depriving their congregations of a fuller, deeper understanding of their faith, with all of its complexities? We must be willing to embrace some uncomfortable truths.

September 29, 2014
After Three Decades as an Ordained Minister, Syndicated Columnist Bob Ripley Comes Out as an Atheist
Next Post