Better Than I Deserve? Dave Ramsey’s Debt-Free Kingdom of Power May 30, 2014 Hännah Ettinger

Better Than I Deserve? Dave Ramsey’s Debt-Free Kingdom of Power

I really don’t like Dave Ramsey, but I’ve never had much to point to in order to back up my general discomfort with the man, besides his brash conservative persona and his bad theology.

But thanks to Matthew Paul Turner‘s article that ran on The Daily Beast yesterday, I’m able to connect some of the dots a little better. 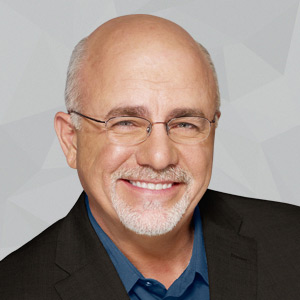 Ramsey runs a (Christian) financial advice business that’s worth something like $55,000,000. His basic premise makes some sense, if you’re a middle class white guy with a steady-salaried job and health benefits. Stay out of debt, pay off your debt, trick yourself into spending less by using cash, pay off your small loans first so you feel like you’ve accomplished things, etc.

But the instant you step out of that bracket, it stops making sense and (to use one of his catchphrases) becomes “just stoopid.”

There’s a mindset of being above the rules that drives the whole system. You have to be willing to assume you’re an exception to the rule, in some ways, in order to agree with his analysis of the Bible’s teachings on money: he says that debt is slavery (because we’re totally still in the ancient world where your wife and kids are property that can be sold into slavery if you can’t pay your debts).

He also likes to say “live like nobody else so you can live like nobody else” — by which he means: eat beans and rice and don’t do all the fun stuff your friends are doing so you can save up and then outspend them all once you’re rich. Going hand in hand with this mentality is that old specter of entitled white conservatism, heavy on the bootstraps and light on social safety net compassion.

When I first entered the world of dating, I was a sophomore in college and I didn’t have student loans because of a threefold stroke of luck involving merit scholarships, need-based scholarships, and a generous grandparent. But my boyfriend didn’t have such luck, and he was paying for his schooling using student loans. My dad, influenced by Ramsey-style beliefs about debt (Ramsey doesn’t have a monopoly on these ideas in the Christian community, but he happens to be the biggest name in the biz), tried to get me to break up with this guy because of his student loans. His reasoning was that it was too risky to be with someone like that because debt is slavery to the lender and what if my husband died and I was saddled with his loans (bear in mind that, at that point, we were all still assuming I’d be a stay at home wife/mother with no career of my own).

Later, when I got engaged to this same guy, our parents really wanted us to take his student loans seriously, and so they paid for us to attend a local session of Dave Ramsey’s Financial Peace course. We sat through the videos, we took notes, and we made obsessive plans to pay off his student loans. But we were also newlyweds working entry level or service industry jobs in a really affluent area (Montgomery County, Maryland), and it was really difficult to try to get by, let alone pay more than the minimum amount due on the loans each month.

Later on, when we were divorcing and I was trying to become financially self-sufficient, I ran into a lot of problems because I didn’t have a credit card or a credit score — I didn’t exist financially beyond my checking account, thanks to Dave Ramsey, and that meant I couldn’t get a legal apartment lease or a car loan.

Ramsey is a household name in Bible Belt culture, and his debt-free living principles as drawn from the Bible have influenced Christian celebrities from the Duggars to Jon Acuff. His go-to catchphrase on his radio show, when asked how he’s doing, is “better than I deserve!” which is a phrase taken out of C.J. Mahaney‘s playbook.

Like many American Christian celebrities, his cheery, earthy, intense persona seems to hide an authoritarian, paranoid, and obsessive personality. When Acuff and Ramsey parted ways last fall, questions were raised. Around that same time, popular Christian feminist blogger Rachel Held Evans wrote a critique for CNN of a privilege-blind post Ramsey wrote called “20 Things The Rich Do Every Day.” His critics took to Twitter (and the blogs), and Ramsey engaged them in a way that seemed bizarrely intense (okay, so he’s always intense, but especially so on Twitter). Maybe that’s not surprising, though, given Ramsey’s private reactions to online criticism:

The battle between Ramsey and the former Lamponians [Ramsey’s company] came to a head on May 12, during another staff meeting. According to three current employees, Ramsey chose a handful of the Facebook group’s members, former employees and plastered their pictures, their family members’ pictures, and screenshots of their private conversations on a large screen for all of his 400-plus employees to see. Amid his rant, Ramsey even mentioned that he had contacted the local police department and the FBI.

So this expose doesn’t really surprise me. I’ve talked a little here about the Shepherding Movement and how it has influenced contemporary American evangelicalism, and Ramsey is cut from the same cloth. Control for the sake of appearances, top-down authority structure, and loyalty to the leader equate to religious fidelity: all these are cultic threads running through the stories coming out of SGM, Mars Hill, and The Lampo Group.

My hope is that it’s just a matter of time before he, too, steps down. Absolute power corrupts absolutely.

May 30, 2014 Catholic Women Get Excommunicated After Ordination Attempt (but Pedophile Priests Remain in the Church)
Browse Our Archives
What Are Your Thoughts?leave a comment