Teacher Who Raped One of Her Students Says, Before Heading to Jail, That Jesus Has Saved Her January 14, 2014 Hemant Mehta

Teacher Who Raped One of Her Students Says, Before Heading to Jail, That Jesus Has Saved Her

Last Friday, 28-year-old former Mobile, Alabama high school math teacher Alicia Gray was sentenced to five years of probation, after serving several months in jail, after being convicted of sleeping with one of her allegedly 14-year-old students (I say “allegedly” because the actual age wasn’t clear): 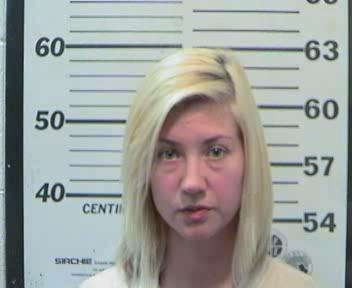 As a condition of the probation, Gray will no longer be allowed to be employed with minors, and was required to surrender her teaching certificate to the Alabama Department of Education at once.

The former math teacher at Mary G. Montgomery [High School] surrendered to the Mobile County Sheriff’s Office on Feb. 25, 2013, and was charged with second-degree sodomy, second-degree sexual abuse and being a school employee who has had sexual contact with a student younger than 19. It was alleged that her victim was 14 years old at the time of the incident.

I’m sure there will be a lot of discussion about the light sentence and the double-standard at work here (would the sentence have been the same if it were a male teacher and a female student?), but what really stands out is her apology.

Pastor Mark Wyatt, who leads Deeper Life Fellowship church, introduces Gray (a “daughter of God”) in a video (made just after her sentencing) in which he explains how he and the church support her no matter the verdict.

… Alicia got to make a statement to the judge before he sentenced her that, honestly, I have to tell you, was one of the most powerful things I’ve ever heard in my life. Alicia’s statement preached the gospel. It showed the power of grace and how grace has saved her… 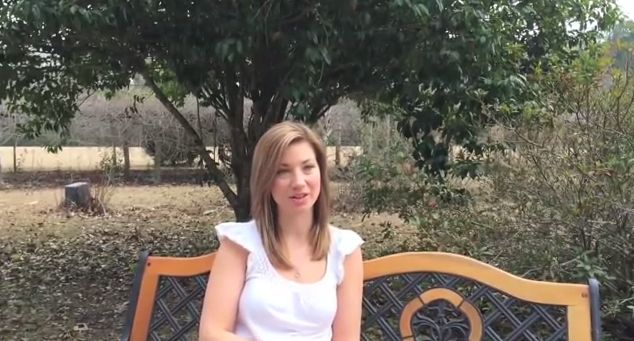 … I’m so thankful that God has changed me and shown me my identity in Jesus Christ to where I won’t make those same selfish decisions that hurt other people… I no longer have to feel shame about the person I once was and I will never be again because I know who I am in Jesus.

I do pray that each of you be free of the pain and bitterness, anger, anxiety, whatever you feel, those are not things that are from God. God doesn’t want that for you. He didn’t want this situation to happen but thank God he uses the hurts of others. He redeemed me. And he’s placed it in my heart to just glorify Him.

There are several people who have been victim to this situation, all those who have been hurt. It should have never happened to you, but God still makes beauty from ashes. He can restore your lives that have been broken because I chose to act out of selfishness and hurt.

How’s that for an apology? I know you’re angry and I know your lives have been ruined because I raped a child, but Jesus will take care of all that. He’ll also take care of your anger issues.

Another video featuring Gray was released yesterday. It gets even worse. Gray implies that her actions had to happen in order to save her:

… It’s not God punishing me. None of this is. God did not bring this to light to punish me. I believe God brought it to light so he could change me forever. And… I’m thankful because without Him picking me up and making me realize that I was in a very dark place and I don’t know what could’ve happened, and Jesus has saved me.

Well, I’m glad Jesus sacrificed a child for your sexual enjoyment and then had police find out about it so that you could get all better…

Jeanne Sager at The Stir can’t believe anyone would fall for this:

… does a grown woman who had sex with a child really get off this easily? Does telling a kid, hey, it’s OK I sexually abused you because God makes “beauty from ashes” really count as remorse? Words like that border on a “I’m sorry, but you should really be grateful” kind of apology, and those are the worst kind.

… an apology all about how she’s found the Lord given any other time would still be an apology about Alicia Gray, not the child she hurt.

I don’t mind that the church is trying to support one of their own, even in a situation as awful as this, but I’m stunned that they don’t even try to explain what they’re doing (or tried to do) for the victim’s family. How tone-deaf does the pastor or Gray have to be to make the apology video all about how her life is going to get better?

You also have to wonder if the references to Jesus she made in a statement to the judge before receiving her sentence had any effect on its length or leniency.

January 14, 2014
Is There a Connection Between Religion and Ethics?
Next Post

January 14, 2014 The Biggest Problem with the Atheists-Have-Absentee-Fathers Theory...
Browse Our Archives
What Are Your Thoughts?leave a comment