The 2012 Outstanding Lifetime Achievement Award in Cultural Humanism Goes to…

The “Outstanding Lifetime Achievement Award in Cultural Humanism” is given out by the Harvard Secular Society on behalf of the Humanist Chaplaincy at Harvard and the American Humanist Association.

The first year, the award went to Salman Rushdie.

The second award went to Greg Graffin, the lead singer of Bad Religion.

Then, it went to Joss Whedon.

In 2010, it went to Mythbusters‘ Adam Savage and Jamie Hyneman.

Last year, it went to actor and comedian Stephen Fry.

There’s a theme there and it’s not one to be proud of: A total lack of female recipients.

Are none of them deserving of the award? Or were women selected but unable (or unwilling) to accept the award in person?

From my conversations with the Harvard folks, it’s the latter. They’ve had women on their shortlist, but for a variety of reasons, things just haven’t worked out. Still, they were aware of this discrepancy.

Now, they’ve resolved it. They picked someone worthy of the award… who also happens to be a woman. 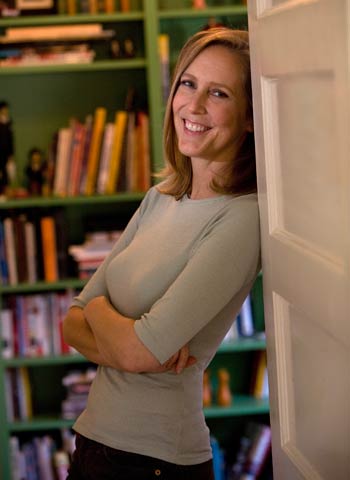 Among her other accomplishments, Roach is the author of the bestselling books Stiff, Bonk, Spook, and Packing For Mars.

She writes in the intro to Spook:

“Flawed as it is, science remains the most solid god I’ve got. And so I’ve decided to turn to it, to see what it had to say on the topic of life after death… because I know what religion says, and it perplexes me. It doesn’t deliver a single, coherent, scientifically sensible or provable scenario… Science seemed the better bet.”

The celebration and acceptance speech take place April 25th in the Harvard Science Center and tickets are free — you just have to reserve them.