Anne Hathaway Explains Why She Left the Catholic Church

Actress Anne Hathaway was recently on NPR’s Fresh Air to discuss her movie “Love and Other Drugs.” 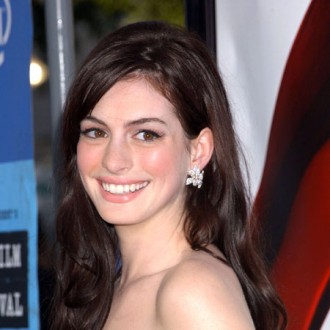 At one point, host Terry Gross brought up the topic of homosexuality and the Catholic Church:

So was it a hard decision or just like a no-brainer to leave the church when your brother came out?

HATHAWAY: Well, it wasn’t really like we had a family discussion about it. We didn’t sit around the dinner table and say, okay, this is the decisive action we’re going to take now. It was more something we realized we’d all done as individuals, and then it became something that we’d done as a family.

GROSS: So was it hard for you to leave the church? Was the church important to you before?

HATHAWAY: Faith is important to me. You know, being raised with one faith and having to go out into the unknown and try to cobble together another, that was hard. But I wasn’t really leaving something because I realized I couldn’t have faith in this religion that would exclude anyone, particularly my brother, for the way he’s born and for loving someone. I mean, how do you exclude someone for love? That seems to be the antithesis of what religion’s about.

And by the way, you know, I [don’t] mean to Catholic Church-bash. I do understand that, for a lot of people, the religion provides a lot of peace and direction. But I don’t know… if they could be accepting of women and of gays… I think that the religion gets a lot of things right.

But for me, I couldn’t lose myself in it. I couldn’t look to it for guidance because it’s like I said, I don’t believe in this aspect.

Yeah, I know. Of the many things religion represents, love isn’t at the top of the list. But I’ll let that one go.

It’s always nice to hear a celebrity — especially one who’s not an atheist — talk about why she left her church and the harm it did to her family. Hathaway is right: leaving your faith is a no-brainer. It’s even easier to do it when so many churches and church leaders espouse bigotry against gay people.

(Side note: the transcript on NPR’s site currently quotes Hathaway as saying, “I mean to Catholic Church-bash.” A mistake, no doubt, but I’m amused.)