The Chicago Tribune‘s Mary Schmich has a nice column today about actress Julia Sweeney. It focuses on what we already know (and love) about her: she’s left Los Angeles (physically and mentally) to become a mother/wife in the north suburbs of Chicago and she’s thrilled about it.

She’s still an atheist, too. But just as she left her celebrity status in LA, the article points out she’s ready to drop her status as an atheist poster girl, too:

When “Letting Go of God” premiered on Showtime in December, demand for the DVDs soared. She loaded a couple thousand copies into her minivan and drove them from Wilmette to the amazon.com warehouse in Indiana to be mailed.

But, just as she outgrew Pat, she has outlived her persona as “atheist girl.”

“I’m not an activist,” she said. “I’m trying to get off the whole atheist racket.”

Which, I presume, means she won’t be performing the monologue live anymore. That’s a shame. There are still so many people I know who would benefit from seeing her in person. On the upside, the DVD and CD are fantastic and they’ll always be available.

You can’t fault her for her decision. There were a couple years when she was performing, it seemed, at every major atheist event. I’m sure that gets both exhausting and old. You just want to move on after a while because you’ve been saying the same thing so often.

I’m fortunate to have been able to meet Julia and her daughter a couple years ago (in Iceland, of all places) — definitely one of the nicest people ever: 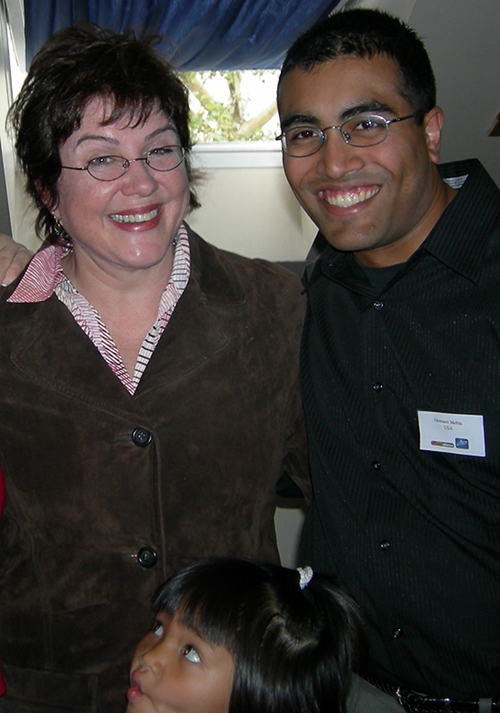 March 7, 2010 Where Can You Stalk Me This Week?
Browse Our Archives
What Are Your Thoughts?leave a comment