The Dolley Madison Library in McLean, Virginia is under fire for a display about banned books. The display case featured a couple of books that have been targets of right-wing attacks — Lawn Boy by Jonathan Evison and Gender Queer by Maia Kobabe — along with a copy of the Bible.

(Virginia! Liberals are still pushing their ideology regardless of the recent election result)
“Holiday reading display” at Dolley Madison Library, a branch of Fairfax County Public Libraries, featured two sexually explicit books next to the Bible in McLean, Va., on Dec. 6, 2021. pic.twitter.com/hLWV75iomd

That actually makes sense! If the complaint about the LGBTQ-friendly books is that they discuss sex unasahamedly, well, the Bible is far more graphic and violent when it comes to the same topic. (Want rape? Want incest? Pick up a holy book near you!) The point isn’t that the Bible should be banned; it’s that no books should be banned.

But the same right-wing trolls that unsuccessfully tried to get those first books out of local schools are whining that this library’s display is mocking them. They even point to the trolls holding the books in the display. (To which I say, nice touch.)

Fairfax County resident Stacy Langton, who has been a leader of efforts to have the two books removed from school libraries, said the display equates as internet trolls those who have legitimate concerns about pornography in schools.

“It was a big dig at parents and a big dig at Christianity,” Langton said in a phone interview Wednesday. “They’re mocking parents who object to pedophilia and pornographic material inside our school libraries.”

The books aren’t promoting pedophilia. Sexual content isn’t necessarily pornographic. Depicting sex in a young adult novel isn’t a promotion of the act or encouragement to do it. More importantly, if Langton’s complaint is that books with gratuitous sex shouldn’t be available to kids, then she ought to be going after Sunday School classes.

She is a troll. She deserves to be mocked and ridiculed. But let’s be clear: I’m the one saying that, not the library. The library insists that display wasn’t meant to target anybody. That’s why they’ve now taken it down:

The display was removed Tuesday; it’s not clear how long it had been in place. In a statement, Fairfax County Public Library Director Jessica Hudson said the “holiday reading display was intended to highlight the freedom to read and the fact that many library patrons have more time during the holidays to do so. It was not the intention of staff to create a display that could be construed as offensive.”

I wish they didn’t remove it, but it’s not worth fighting to keep it up. The irony is that the display was pro-Bible. The Bible has often been challenged by people who didn’t want others to access it! But that book, too, should be accessible to anyone who wants it.

If the whiny conservatives think that’s wrong, they should be defending all censored books. But they’re not actually interested in blocking books with sex in it; they’re only interested in making sure LGBTQ-friendly books aren’t picked up by children before their churches have more time to indoctrinate them with hate. That’s why they don’t want the Bible in the same grouping; it’ll make too many people think about their favorite book more critically. 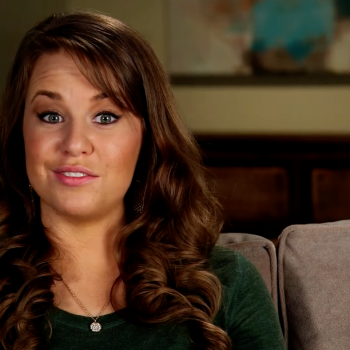 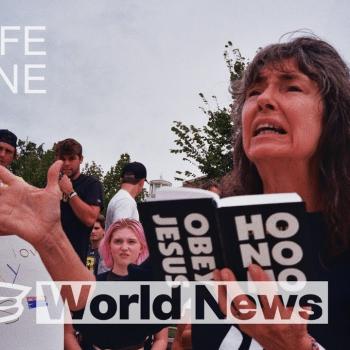 December 11, 2021 Sister Cindy, the Slut-Shaming Evangelist, is a TikTok Star on College Campuses
Browse Our Archives
What Are Your Thoughts?leave a comment