Monica Cole, the one mom at One Million Moms (Twitter count: 4,124), is now taking out her rage on Sephora, the makeup company, for featuring gay men in an ad. Not just because they’re gay, but because they’re men.

Without actually posting the ad for anyone to see, Cole’s petition calls on people to agree with the statement, “I’m not buying into your social agenda to push the gay lifestyle.”

But watch the ad for yourself. If you blink, you’ll miss everything she’s referring to:

… the homosexual couple is the only romantic couple included in the advertisement. After one man is shown opening a gift from their dogs (which is obviously from his partner), the commercial concludes with the two men kissing on the lips.

Sephora’s primary customer base is women, yet the company ends the commercial with two men kissing. Promoting same-sex relationships should have nothing to do with marketing makeup and skin care products. Yet Sephora wants to make it clear where it stands on this controversial topic instead of remaining neutral in the culture war.

One Million Moms continues to stand up for biblical truth, and Romans 1:26-27 is very clear about this particular type of sexual perversion.

I said this before, but her idea of “neutral” means erasing the very existence of LGBTQ people. That’s not neutral. That’s bigotry. I’ve seen plenty of similar commercials with a husband and wife and I never saw it as promoting straightness. But Cole can’t see a gay couple without assuming there’s some larger agenda at work.

Also, Cole cites Romans 1:27, which says “Men committed shameful acts with other men, and received in themselves the due penalty for their error.” What’s that penalty? Cole doesn’t say, but she’s apparently fine with executing men who have sex with other men. That’s what Christianity taught her — to the point where seeing a gay couple immediately leads her to imagine them having sex, which she thinks should result in the death penalty.

For what it’s worth, Cole doesn’t say where or when this commercial is airing. She just assumes kids will see it and — who knows — magically turn gay or want makeup or something. There’s no logic behind anything she says. She’s just a homophobic bigot who uses Christianity as her shield.

(Large portions of this article were published earlier, because Cole hasn’t had a new idea in several years.) 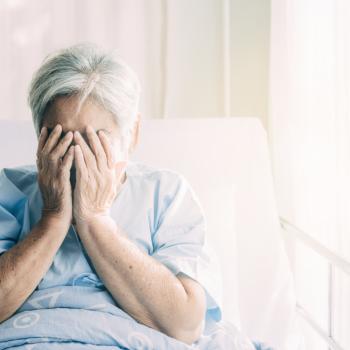 December 9, 2021
A Canadian Woman Died of COVID. Her Children Are Blaming Her Church.
Next Post 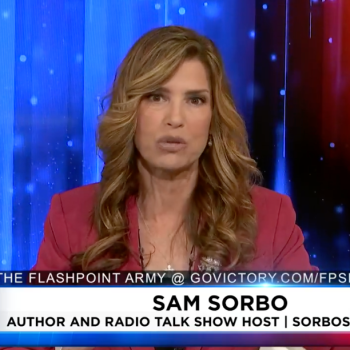