MAGA Candidate: All Laws That Contradict God’s Word “Need to Be Overturned”

Mark Burns, the résumé-padding, culture war-obsessed MAGA cultist liar and Christian pastor now running for Congress in South Carolina’s 4th Congressional District, has decided to go all in on Christian Nationalism as he tries to elevate his profile heading into next year’s primaries.

A few weeks ago, he effectively called for the establishment of a theocracy, saying that anything “contrary to the word of God” needs to be removed from the country and made “illegal.”

Now he’s doing it again, claiming that any laws that go against his interpretation of the Bible should be overturned. He made the remarks on Monday’s episode of “The Water Cooler” on Real America’s Voice:

“Laws that are contrary to God’s word that are actively legal or laws today need to be overturned,” Burns said. “Any law that is against the word of God, that is clearly against what God has said in his word — in a nation that is a Christian nation, a nation that has the majority of citizens who actively believe that Jesus is the Messiah, that he is coming back again with omnipotent power in his hands — if it’s against the word of God and it’s actively a law today, then it should be overturned. We should have a moral compass, and right now in America, we’re losing that moral compass. The liberal left is slowly [chipping] away.”

So much for religious liberty. The same people who call themselves patriots, wrapping themselves in the Constitution, and revering the Founding Fathers have no problem pushing for a country where the majority religion gets to dictate all the laws — and anyone who doesn’t comply would be punished. (In other, browner countries, we have a different word for this.)

By the way, some surveys would say Non-religious Americans represent the majority of citizens unless you lump together Catholics, white evangelicals, and other Protestants — which Burns absolutely does not. He’ll use progressive Christians to pad his “majority” but let’s be honest: He doesn’t think they’re True Christians™.

Let’s get the basics out of the way: Burns has no desire to represent Jews, Muslims, atheists, progressive Christians, or anyone else who doesn’t share his faith-based bigotry. He wants to overturn marriage equality, ban abortion for rape victims, increase the use of the death penalty, make assault weapons readily accessible to adults, remove any kind of social safety net for people, and elevate the Bible over the Constitution. That alone should disqualify him from this job he’s applying for.

More importantly, though, Burns assumes that there’s only one interpretation of the Bible that matters: his. There are Christians who support abortion rights, LGBTQ rights, and other progressive values — and they could easily cite Bible verses in their defense — but it’s not like Burns cares about that. He implies that they’re heretics even though the Bible is more open to interpretation than the Constitution.

Remember that if any non-Christian candidate ever dared to say the things he says regularly, it would mark the end of that person’s campaign. But because Burns represents Christian extremism, and because far too many pastors are too cowardly to rebuke his beliefs in front of their congregations, and because the Republican Party embraces this sort of anti-democratic Christian rhetoric, nothing of consequence will ever happen to Burns. He’ll just keep getting worse and worse.

Burns has no business in public office. Not because he’s a Christian, but because he opposes democracy, religious freedom, and doing the job of working for everyone in his constituency, including the people who wouldn’t vote for him. If conservative Christians had any sort of ethical backbone, people like Mark Burns would have no business leading a church, either. 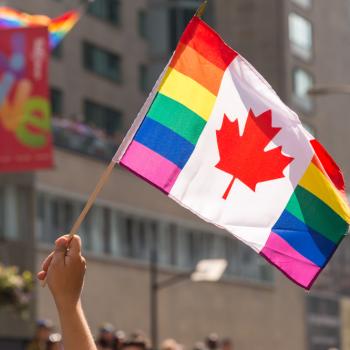 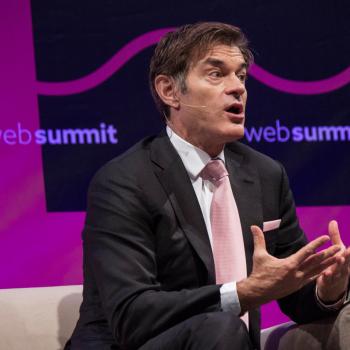