BuzzFeed recently asked readers to share their stories about leaving religion: If it applied to you, what was the turning point?

Here’s a sampling of what they said:

“A priest told me that the reason I developed an autoimmune condition was because I wasn’t living a life free from sin and it was my punishment. He said one of those sins was wearing a short skirt (not in church) because I was tempting men to have impure thoughts. Bye-bye church.”

“For me, it was how they treated my mother when my parents divorced. They placed all the blame on her. Mom wasn’t perfect, but my dad played a big part in it as well. It takes two to tango.”

“A church elder told me that my disability would disappear if I prayed harder.”

“The turning point for me was when I realized that my sexual assault could have been prevented if I had better understood sex and consent. Being taught abstinence prevented me from coming forward because I was told early on that if I had sex before marriage I was dirty and it was a sin.“

The answers may be cheap calories as far as information goes because it’s just a list of anecdotes, but the stories still reveal some common threads: People were tired of being lied to. They no longer felt safe in church or around church leaders. Their pastors began spouting harmful ideologies.

As much credit as we might want to give books, reason, logic, or flat-out persuasion, these stories show a lot of self-inflicted wounds for the religious community. If they ever took the time to treat people with dignity, respect, and honesty about the limitations of prayer and God, they might have kept these people in the fold. Instead, those people walked away from religion.

Religious leaders could learn a lesson from this. They won’t. But they could. 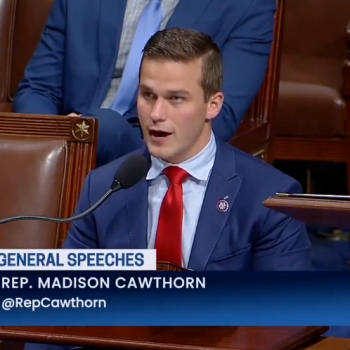 December 5, 2021
A GOP Lawmaker's "Earthen Vessel" Rant is Being Condemned for the Wrong Reason
Next Post 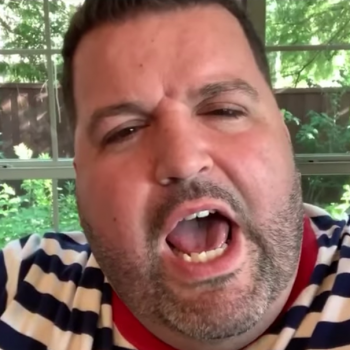