A GOP Lawmaker’s “Earthen Vessel” Rant is Being Condemned for the Wrong Reason December 5, 2021 Hemant Mehta

Leave it to a Republican to suggest, out loud, that the sole purpose of women is to serve as receptacles for men.

That’s according to Christian Nationalist congressman Madison Cawthorn, who, just a few weeks ago, urged women with sons to “raise them to be a monster.” His comments were made in celebration of the upcoming Supreme Court decision that will almost certainly eviscerate the right to an abortion.

A silent genocide has slipped beneath the conscience of America.

Eternal souls, woven into earthen vessels, sanctified by Almighty God, and endowed with the miracle of life are denied their birth by a nation born of freedom. pic.twitter.com/XhVhkFoirX

Madam Speaker, imagine you’ve just walked out of this chamber and outside is a gorgeous sunset. You have a Polaroid camera and you snap a beautiful picture, and a great photo prints out the front. You hold it and shake it, waiting for the picture to appear, but suddenly, someone walks by and snatches your photo, ripping it to shreds. You’re stunned. You cry, “Why did you destroy my picture?” The person replies, “Oh, it wasn’t a picture. It wasn’t fully developed yet.”

All of us in this room realize how asinine that reasoning is. That photo was transforming into a beautiful image. This illustration by Seth Gruber is simple, but it’s what our nation has done to the most precious image of all — the image of God. Madam Speaker, a silent genocide has slipped beneath the conscience of America. Precious works of our Creator, formed and set apart, meet death before they breathe life.

Eternal souls woven into earthen vessels sanctified by Almighty God and endowed with the miracle of life are denied their birth by a nation that was born in freedom. God’s breath of life blown away by the breath of man. This cruel and fallen world may seem too filthy for their very presence, but these precious temples are crafted in the image of God Himself. One day, perhaps when science darkens the soul of the left, our nation will repent. But until then, the carnage of this unconscionable deed will stain the fabric of our nation. I hope that the Supreme Court overturns Roe v. Wade. I hope that we stop the genocide of abortion in this country. With that, I yield back.

A lot of attention has been given to the notion that he’s calling women “vessels” for babies, but that’s not exactly accurate. “Earthen vessels” is a reference to 2 Corinthians 4:7, which uses the phrase to poetically describe all humans in a way that’s akin to “mortal souls.” It doesn’t mean women carry babies. It means they’re finite beings when compared to an infinite God.

I don’t say that to let him off the hook, though, because the larger gist of his speech is problematic for different reasons. He’s still suggesting that women shouldn’t have any control over their own bodies if they become pregnant. Cawthorn doesn’t care if they’re raped or if their lives are at risk from a pregnancy. He thinks the life of a fetus matters far more than the life of the person giving birth to it.

That’s a hell of a frightening statement coming from a guy who’s an alleged sexual predator. He thinks of himself as a badass because he can give a speech on the House floor comparing fetuses (many of which fail to develop on their own) to Polaroids.

All this, from someone who’s done everything in his power to oppose many of the root causes of abortion — paid family leave, free and accessible health care, comprehensive sex education, the child tax credit, vaccines, etc. He doesn’t give a shit about life. He just loves pretending to because the idiots who vote for Republicans like him are too blinded by Jesus to notice the difference.

Cawthorn is a moral monster, but so are the many white evangelical pastors who share his heartless views. They also believe a woman’s worth is entirely dependent on how many children she bears. This isn’t a Cawthorn problem; this is a Christian problem. Unless other Christian leaders denounce this sort of bullshit rhetoric, women will continue to pay a price for making any decisions that don’t appease the worst Jesus followers in the country.

December 4, 2021
Please Support the Work I Do Through This Site
Next Post 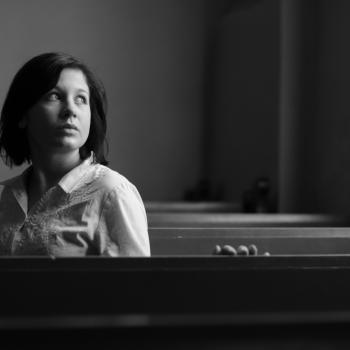