We typically cover a disappointing-but-not-surprising amount of abuse cases from within the Catholic Church on this site. It’s such a ubiquitous and well-known issue at this point that it’s the punchline of many jokes both in the atheist community and in society in general. We know that there are real people who have been affected by this abuse, but how often do we get to actually see what this abuse has done to survivors and their lives?

Netflix’s new documentary Procession is a refreshing, albeit shocking, look into the humanity of the survivors of trauma at the hands of Catholic priests.

The documentary follows six survivors — Michael Sandridge, Tom Viviano, Mike Foreman, Ed Gavagan, Dan Laurine, and Joe Eldred — on the unique journey of reclaiming their experiences of abuse that took over their lives roughly 40 years ago and using drama therapy to heal from that pain.

No, not trauma therapy, drama therapy. The men were led by drama therapist Monica Phinney who described the practice as “the intentional use of dramatic theater roleplay techniques for a therapeutic goal.”

The way this works throughout the documentary is that, with the help of the young but tremendous Terrick Trobough playing each of the men’s child-selves, the men re-enacted the scenes of their trauma as a way to take back control of their memories and learn that no one can hurt them anymore.

For Michael, it was at a swimming pool. For Dan and Joe, it was on (separate) weekend lakeside retreats. For Ed, it was in the priest’s bedroom. After it happened to Mike — and he told his mother what happened — she baked a cake that Mike then had to bring to the priest’s house where he was dropped off again. His parents later invited the priest over to their house for dinner. And Tom? He hasn’t yet had his day in court, so he didn’t even have the opportunity to share his story. But his presence in the documentary, acting in the other men’s scenes, speaks volumes.

The abusers themselves are all over the place at this point. Some are still preaching (one was even promoted). Others are avoiding arrest, being investigated, or just dead.

While everyone’s trauma was undeniable and heart-wrenching, no one showed the extent of its lasting effects more than Joe. In one scene, he made his way all the way back to the lake house where he was abused decades ago. He’d had nightmares of entering the door to the house ever since, so he faced his fears on that same porch, bracing to turn the knob and enter the house. Watching how a seemingly lovely vacation house to the unfamiliar can torment this man after so much time really exemplifies how these priests’ vile actions ruin not only a childhood but a lifetime.

Joe opened up even further. In the final scene, Joe gets the opportunity to read a letter he’s always wanted to write to his past self through Terrick. This letter is one of the most emotionally raw examples of healing that I’ve ever read. While it is impossible to simply “fix” one’s trauma with a letter like this, seeing Joe finally put into words the feelings that have tortured him for so long was simply beautiful.

This is the hardest thing to do. Why is this so hard? I mean, you’re me, or rather you were me, so why does this feel impossible?

There are things that you need to know, light to shine into the darkness and truths to replace those lies. I know what has happened, and what is about to happen to you. And in this regard, you actually know more than me. There are still things I don’t know that you do, memories I’ve not yet remembered and yet still weigh upon my mind. You will lock away those memories in the days to come. You’ll be trapped, pushed down, and silenced. But you do it as the only way that you see to survive.

It’s taken me nearly 40 years to understand that although time continues to march forward, I continue to be anchored in the past. By you, to you, and with you. And as you repress the memories of what happened to us, I trapped you, along with those terrible times, deep in the dark places of my mind. How awful it is to be locked inside, to be both prisoner and jailer. How awful it is to not just be silenced in the present, but also to be the originator of that silence in the past.

It’s an incredible sacrifice that you’re about to make, but you need to know that it was the right thing to do and that, with time, you’re finally free. And as you recover, you even find your voice. Your sacrifice has saved me.

Remember your Superman sheets and curtains? Superman was your hero, he was not human. How many times did you feel like you were not human? You wanted so badly to be him, to be anyone other than you. You wanted to fight for truth and justice, he was your epic hero.

Well, that’s exactly what you have become. You entered the battle of your life and have gone on to use those tears, fears and pain to reach out to and better understand other boys in pain who struggle through their own epic battles. You became an advocate for youth and fight, in a very real way, for truth and justice. I hope the strength you showed is rewarded with peace and contentment. Make no mistake, you are the epic hero in the story of us.

Not only does Procession personify the victims of Catholic priests fighting for justice, it’s an amazing tribute to their mental health, which to this day is (ridiculously) not always seen as “acceptable” to talk about. And then you realize that while we’ve only watched these six men, there are countless more who have silently bore a similar burden.

This documentary, which I highly recommend, blazes a trail for survivors to face their trauma head-on so that they can heal and reclaim their lives. 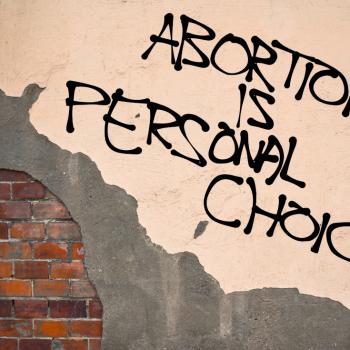