Nearly two years ago, the leaders of a Philippines-based evangelical Christian megachurch in Los Angeles — called the Kingdom of Jesus Christ, The Name Above Every Name (KOJC) — were arrested for allegedly coercing members into sham marriages for the sole purpose of keeping them in California.

Those couples then worked as fundraisers for the church. They told people they were raising money for a non-profit called “Children’s Joy Foundation USA,” which supposedly helped impoverished children back home in the Philippines… but in reality, the money just went back to the church — most of it in the pockets of the church’s leaders, including leader Apollo Carreon Quiboloy. It never helped any children.

Workers who escaped later told the FBI that they were “beaten and psychologically abused if they didn’t make daily quotas.”

I bring all of that up because Quiboloy is now back in the news over allegations that are even more troubling.

According to a newly unsealed indictment returned by a federal grand jury, Quiboloy and two of his colleagues are charged with raping women and underage girls while using the threat of “eternal damnation” to get them to submit.

The indictment accuses Quiboloy and others of recruiting women and girls, typically 12 to 25 years old, as “pastorals” who cooked his meals, cleaned his houses, massaged him and traveled with him around the world. Some also had sex with Quiboloy on scheduled “night duty,” including some minors such as a 15-year-old girl, according to the indictment.

They were coerced into “night duty” under “the threat of physical and verbal abuse and eternal damnation,” according to the indictment.

All of this took place over the course of 15 years, all while Quiboloy, 71, called himself the “Appointed Son of God.” For the women to push back against him, then, meant they were really angering the Lord.

If convicted, Quiboloy and his colleagues face life in prison. (The five separate sex trafficking charges alone warrant at least 15 years of prison time each, at a minimum.) But “if” is the key word here. Quiboloy and his two administrators appear to be hiding out in the Philippines. And given his immense wealth, however obtained, along with his close ties to Philippine President Rodrigo Duterte, I don’t have faith that justice will be served.

The church has already released a statement saying its leaders have been “maliciously accused” while just ignoring the substance behind any of the charges.

They say all the victims who have spoken out are somehow “dissidents,” lying for reasons they don’t even bother trying to explain. But that’s also how cults work. You serve the leader(s) in every way imaginable and any dissent is immediately punished. Whatever the result of this investigation is, here’s hoping those victims find peace and solace, whatever they’re doing now.

November 19, 2021
Ark Encounter Ticket Sales Went Up in October (But Pre-COVID Numbers Were Higher)
Next Post 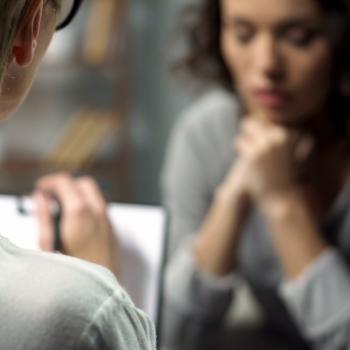