Even Non-Catholic Hospitals in the South Have Unwritten Abortion Restrictions November 20, 2021 Rebekah Kohlhepp

Even Non-Catholic Hospitals in the South Have Unwritten Abortion Restrictions

This week, Columbia Law School’s Law, Rights, and Religion Project released what they’re calling The Southern Hospitals Report: Faith, Culture, and Abortion Bans in the U.S. South. It’s the result of a two-year investigation of what happens when religion and health care are mixed together, especially when it comes to reproductive rights, in that part of the country.

… contains numerous first-hand accounts from doctors of the impact of abortion restrictions on patients, including those with serious underlying health conditions such as cancer, those whose water breaks prior to fetal viability, and those with lethal fetal anomalies including acrania. The Southern Hospitals Report concludes with recommendations on what policymakers, doctors, advocates, and patients can do to help mitigate the harms of hospital abortion bans.

While the 77-page report may take a while to read, it’s worth looking at their four main takeaways:

Strict limits on abortion care are ubiquitous at Baptist hospitals in the South and are common at other Protestant-affiliated facilities. While all health systems in theory allow abortion when necessary to save the life of a patient, how this exception is interpreted and applied in practice varies widely, resulting in patients being transferred to other facilities or denied care during medical emergencies…

In many cases, when patients have medical emergencies related to pregnancy, they tend not to be taken seriously at religious hospitals. (Just think of all those Catholic hospitals with ERDs!) Allowing abortion to save the “life of a patient” might sound good, but it often quite literally means that no one will help a hemorrhaging pregnant patient unless that person appear to be on the brink of death. Even when they transfer patients, it’s not always ideal; religious hospitals are known to send women to secular hospitals without the necessary paperwork.

It’s yet another piece of evidence that the anti-abortion movement is not “pro-life” but anti-women.

While Protestant hospitals are typically no longer owned by religious institutions, they are not religious “in name only,” as some advocates and doctors initially suggested to us. Rather, these systems have retained important connections to their founding denominations, typically through rules allowing religious groups to nominate or approve members of their boards of trustees…

The dedication and hard work of heath care employees is admirable, but it is so discouraging to see intelligent and caring people working under religious groups who decide the hospitals’ leadership. In many cases, their expertise is blunted by religious restrictions, and their ability to provide quality care for women as well as trans patients is greatly hindered. It’s a waste of their skills and ultimately harmful for the patients.

Abortion bans have also been instated at many public hospitals in the South, due to a variety of factors including legal prohibitions, anti-choice boards or administrators, fear of losing public or private funding, or community pressure…

You know things are bad when an individual doesn’t even work at a religious hospital, yet religion and other conservative ideologies rule over the building anyway. Perhaps that’s a daily part of life in the Bible Belt, but anytime religious doctrine takes precedence over health and safety, a patient’s well-being becomes secondary to obeying a separate set of rules.

Many hospitals use termination of pregnancy committees or boards to evaluate patients and determine whether a doctor can perform a medically indicated abortion in the facility. Some committees at religious health systems include faith leaders. Such committees were common in the pre-Roe era.

If nothing else in this report has been a red flag for you, then this one definitely should be. Women’s medical decisions should be between them and their doctors. The government shouldn’t get in the way — and neither should “pregnancy committees.” (Why would anyone who’s not a doctor or scientist even be allowed on such a panel?)

Moreover, determining “whether a doctor can perform a medically indicated abortion in the facility” sounds misleading. It implies that the doctors have the knowledge and equipment to do their work and yet they’re being micromanaged by people who have no role in the patient’s life. If the hospital won’t trust the judgment of their doctors, you have to wonder what their real motivations are.

Beyond the abortion issue, though, the report also discussed transphobia in those Protestant hospitals (“Spotlight on Gender-Affirming Services at Protestant Hospitals”) and came away with many distressing discoveries that aren’t for the faint of heart.

For example, while there wasn’t evidence of policies “restricting gender-affirming services” at Protestant or secular hospitals, many of them held anti-trans stances anyway. The three Protestant denominations mentioned in the report all have formal stances denying the existence of trans people, much less affirming and accepting their gender identities. The Seventh-Day Adventist Church, to name one, said in 2017 in their “Statement on Transgenderism,”

… the desire to change or live as a person of another gender may result in biblically inappropriate lifestyle choices. Gender dysphoria may, for instance, result in cross-dressing, sex reassignment surgery, and the desire to have a marital relationship with a person of the same biological sex. On the other hand, transgender people may suffer silently, living a celibate life or being married to a spouse of the opposite sex.

The Bible inextricably ties gender to biological sex… and does not make a distinction between the two. The Word of God affirms complementarity as well as clear distinctions between male and female in creation. The Genesis creation account is foundational to all questions of human sexuality.

Because the Bible regards humans as wholistic entities and does not differentiate between biological sex and gender identity, the Church strongly cautions transgender people against sex reassignment surgery and against marriage, if they have undergone such a procedure.

So while the hospital itself may not be anti-trans on paper, they might run under the aegis of an anti-trans religious group. What happens when a trans patient needs care? Will the hospitals defer to the medical experts or the religious leaders? It makes the blood boil to think that the latter is as likely as the former.

Much like church and state need to maintain separation, hospitals and church need to be distant too. At best, prayer and science don’t mix and praying about one’s health can be a harmless addition to seeking medical attention. At worst, allowing religion to either overtly or covertly influence health care — especially in any ways that aren’t “biblically appropriate” — could put patients’ lives at risk. 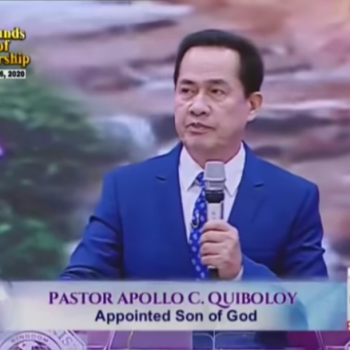 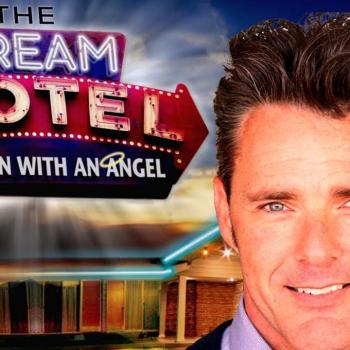