The campaign to become the Republican nominee for the Senate seat being given up by the retiring Sen. Rob Portman is quickly becoming a race to the bottom of the barrel. Author J.D. Vance and Christian Nationalist Josh Mandel have received the bulk of the attention, but IT executive Mark Pukita is eager to get some love from right-wing media outlets.

It helps that, among conservatives, it’s becoming more acceptable to say the quiet disturbing parts of one’s beliefs out loud. Pukita did just that in a recent campaign ad trashing Mandel… for being Jewish.

Pukita made the audacious claim that Mandel (below) couldn’t possibly be a good choice for defending Christian values despite his rhetoric to the contrary because of his Jewish upbringing. 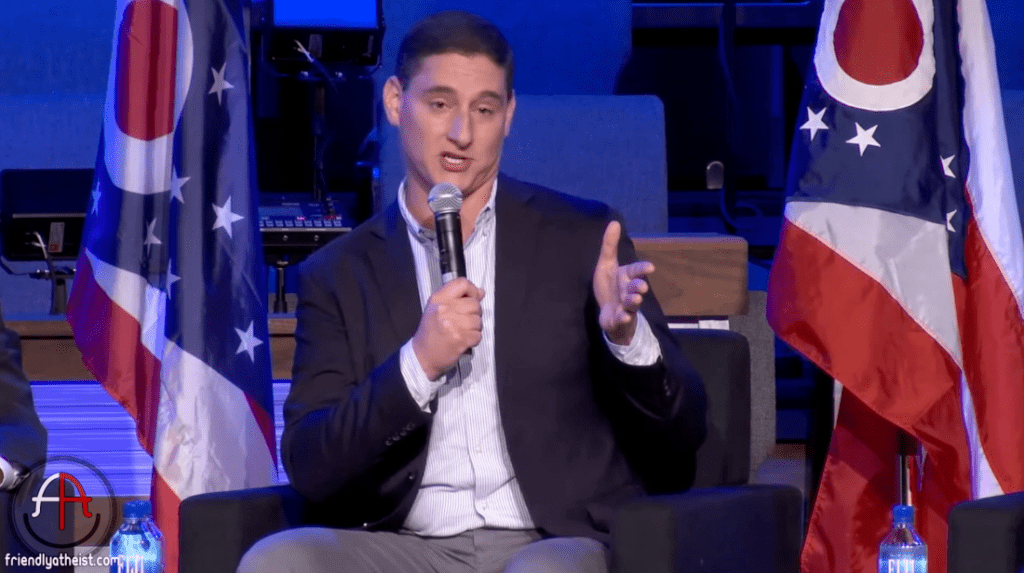 “Are we seriously supposed to believe the most Christian-values Senate candidate is Jewish?” asks an actor in a radio ad Pukita has recently been airing. “I am so sick of these phony caricatures.”

Pukita doubled down when asked by a moderator to respond to claims the ad is “antisemitic and intentionally divisive and inflammatory.”

“In terms of antisemitism, all I did in an ad was pointed out that Josh is going around saying he’s got the Bible in one hand and the Constitution in the other. But he’s Jewish,” Pukita said, according to Politico. “Everybody should know that though, right?”

The irony is that candidates like Pukita love to pride themselves on standing up for America’s “Judeo-Christian” heritage. What exactly does he think “Judeo” means? Aside from being a term that many Jews find offensive, you can’t use it in earnest if you’re then going to backtrack and claim that Jews aren’t capable of having Good Christian Values… or any common ground with Christians at all.

Mandel, naturally, pretended to take offense to the comment — as if he hasn’t spent his whole campaign lobbing insults from a distance — and assured his social media followers that he is a true Republican through and through.

RINOs attack me because I call them out.

Opponents attack me because I’m a proud American and proud Jew.

Liberals attack me because I’m fighting to protect Judeo-Christian values.

It all makes me stronger ⚔️��⚔️

Moral of the story: He’s always being persecuted. While Pukita’s remarks were obviously ridiculous, Mandel is clearly incapable of handling any sort of criticism even when it’s legitimate. We’re attacking him because he’s a horrible candidate who constantly talks about wanting to live in a Christian theocracy to appeal to the MAGA world’s conservative base, not because he’s trying to protect any kind of “values” worth preserving. He is, after all, the guy who recently said “There’s no such thing as separation of church and state.”

None of these Ohio Republicans care about “religious freedom” if it applies to religions that aren’t their own. They’re flinging mud at each other while decent people look at them in horror. Even though Ohio went for Donald Trump by 8 points in 2020, it’s possible Republicans could nominate a candidate so impossible to defend that it creates an opening for the eventual Democratic nominee. We can only hope. 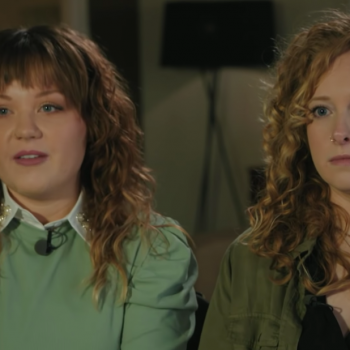 November 16, 2021
Two Women Suing Liberty U. for Mishandled Sexual Assault Claims Are Speaking Out
Next Post 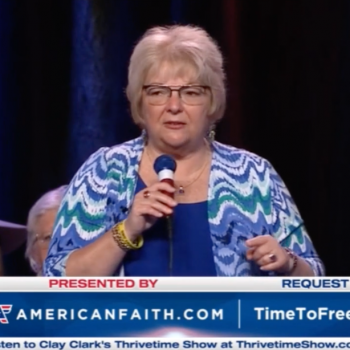 November 16, 2021 Christian Liar to Church Crowd: Vaccines Are a Form of "Late-Term Abortion"
Browse Our Archives
What Are Your Thoughts?leave a comment