Jerry Falwell, Jr. is somehow back in the news, which means we get to rehash all the reasons he used to be in the news. 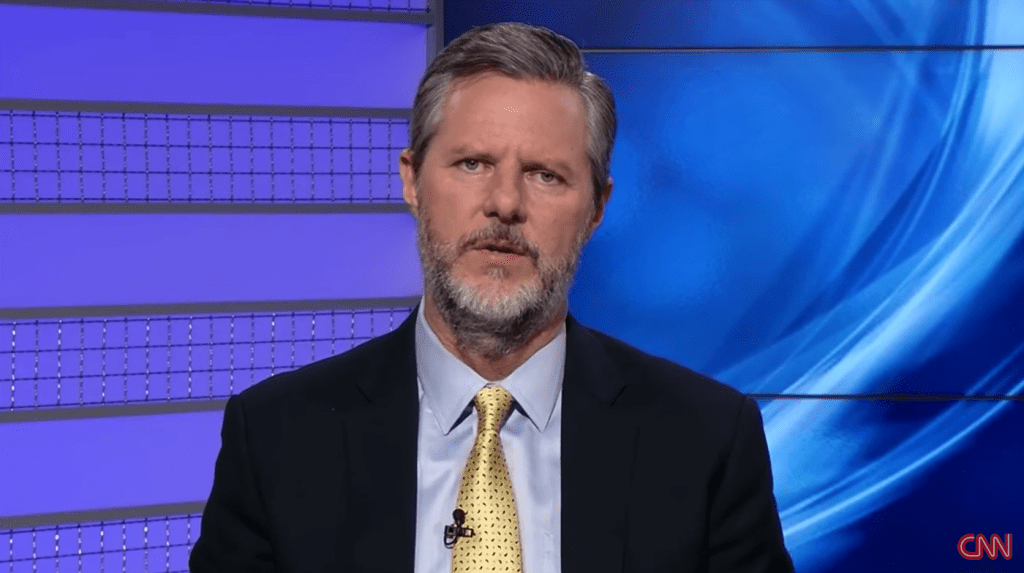 You may recall that, a year ago, Falwell sued Liberty University for allegedly damaging his reputation.

The lawsuit was a joke to begin with in large part because the guy who posted a bizarre picture of himself with his fly unzipped and belly out, and who “liked” photos of younger women in not-so-Christian poses, and who posted a racist tweet in response to the governor of Virginia mandating face masks in public spaces, and who called a parent “dummy” for asking why Liberty was reopening during the COVID crisis, and who censored the school’s own journalists, and who apparently fell down the stairs because he got hammered, was claiming that his former university was making him look bad.

And that’s before we even get into his wild sex scandal that involved his wife and a pool boy, and then another sex scandal involving another Liberty University student.

Falwell’s case was never strong, but more to the point, it wasn’t like a victory would have salvaged his reputation when Falwell was his own biggest enemy. The reason everyone was mocking him had everything to do with his own behavior, not some public statement from Liberty’s Board of Trustees.

And then, in December, he dropped the case entirely… maybe because he realized that he was responsible for all the humiliation he was receiving.

It’s not like all the problems went away after that. This past April Liberty U. sued Falwell for $10 million, claiming Falwell breached his contract, misled the school’s board, and concealed his alcohol problem. That lawsuit is still ongoing.

And now, Falwell has chosen to resurrect his lawsuit in part because of alleged defamation and in part because he says there’s a lot of his stuff that Liberty currently owns and that he wants back.

… The 16-page document alleges that the university made defamatory statements about Falwell, including a speech delivered by David Nasser, then Liberty’s senior vice president for spiritual development, on Aug. 26, in which he referred to “shameful” actions and “sinful behavior” committed by Falwell. A later news release from Liberty also claimed that Falwell “lack[ed] spiritual stewardship,” according to Falwell’s lawsuit.

Falwell’s countersuit also makes new charges that Liberty has kept some of Falwell’s personal property by banning him and Becki Falwell from its campus since last year. “Since Mr. Falwell’s resignation, Liberty has wrongfully possessed and controlled Mr. Falwell’s property,” the lawsuit says.

Among the personal items Falwell claims that Liberty University has retained are:

Nothing screams “I’m a conservative Christian” like filing a lawsuit against the fundamentalist college you once led in order to get your gun back.

As for the rest of the items… let ’em fight. When you hire the worst people and let them get away with just about everything, you’re just begging for a petty fight over some goddamn horses.

I don’t know if this lawsuit will get anywhere. But if it creates chaos among the school’s administrators, glorious. Any school whose leaders ignore sexual assaults, remain home to a right-wing “think tank” that’s actually a propaganda outlet, and just oozes racism deserves it.

It’ll take a pool boy to clean up a mess this large. 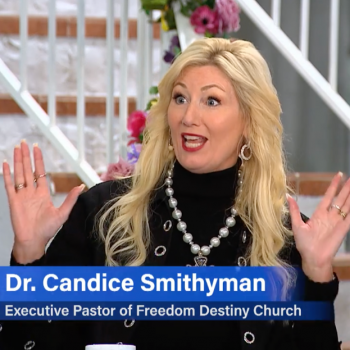