The Log Cabin Republicans, a conservative group that foolishly pretends the Republican Party is a good fit for LGBTQ people, recently held an event at Mar-a-Lago (naturally). Donald Trump was in attendance, as were plenty of other Republicans who desperately want LGBTQ people to vote for them despite actively promoting anti-LGBTQ candidates up and down the line.

RNC Chairwoman Ronna McDaniel spoke at the event and announced that the GOP was “committed” to working with the Log Cabin group… whatever that’s supposed to mean.

“Conservatives in Log Cabin don’t just share our vision for a free, secure and prosperous America — they enrich it by adding unique perspectives to our party and recruiting even more diverse candidates and supporters to join our cause,” McDaniel said.

“The RNC is launching our first-ever RNC Pride Coalition,” she continued, adding that RNC Pride will “work alongside our other coalition groups to invest in communities and mobilize support for the upcoming midterms.”

You can’t roll your eyes hard enough in response to that. The Republican Party actively opposes LGBTQ rights as a matter of policy, embraces anti-LGBTQ bigotry from its top candidates, and nominates openly bigoted people to the federal bench.

I’m not surprised McDaniel would pay lip service to LGBTQ Republicans. I’m shocked that any LGBTQ people are dumb enough to fall for it. You’d have to be as gullible as conservative atheists who think the GOP supports church/state separation because they keep talking about how much they love the Constitution.

This coalition is idiotic. It doesn’t even actually exist, yet even the thought of it is absurd because the GOP is never going to do anything substantive to improve the lives of LGBTQ people — certainly not without Democrats leading the way. (I say that knowing that there are plenty of Democrats who aren’t ideal allies either.)

Now here’s a twist for you: Another conservative is also condemning this purported coalition. But he’s mad for a very different reason.

Tony Perkins is the leader of the anti-LGBTQ hate-group Family Research Council and someone whose own political history involves David Duke and the Confederate flag. He called into a radio show hosted by FOX News reject Todd Starnes yesterday saying that McDaniel’s comments were so absurd that she should resign immediately:

Outraged about the creation of a "RNC Pride Coalition," anti-LGBTQ religious-right activist Tony Perkins demands that Ronna McDaniel resign: "I think she needs to step down. She has outlived her purpose at the RNC." pic.twitter.com/q5WLjBENIa

There’s a lot of RNC members, in leadership positions, that are upset about this because they were not told. This is something that Ronna did on her own.

Quite frankly, I think it’s time for her to take up something else and leave the party to those who, I think, can chart a path forward, restore what has been lost, and make sure that the Republicans — the conservatives — regain the majority — both in Congress and continue to see victories and gains in states across the nation…

… I think she needs to step down. She has outlived her purpose at the RNC.

So a lot of RNC members are mad about something that doesn’t actually exist. Seems on brand for them.

But the bigger point here is that Perkins thinks McDaniel should resign because she dared to pay lip service to a group of marginalized Americans whose lives are worse off due to Republican policies.

Who am I supposed to root for here: The bigot willing to pander for votes? The bigot mad at the other bigot? Or the gay Republicans providing cover to all these bigots?

Let’s hope they all lose. 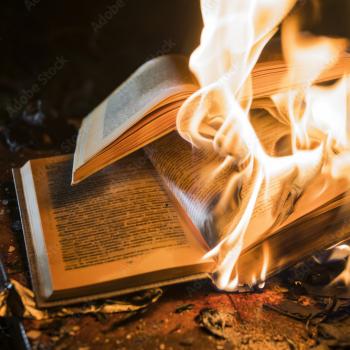 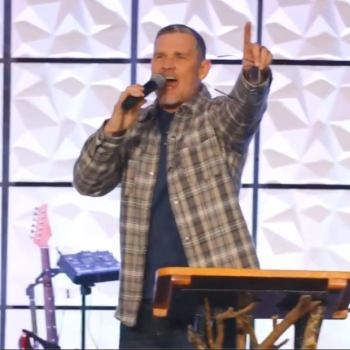